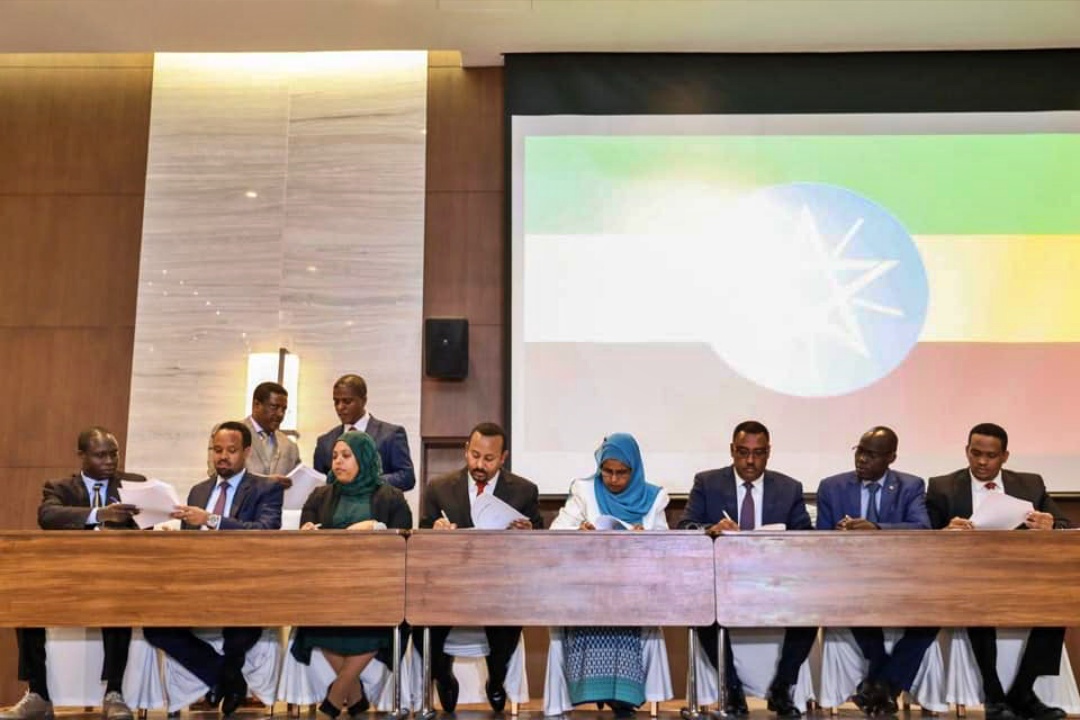 To defuse identity politics, a process of gradual progress is more important than achieving a rapid but unsustainable outcome

It has been 50 years since Wallelign Mekonnen published “On the Question of Nationalities in Ethiopia” articulating his lasting solution for uprisings and liberation movements. Half a century later, the question of nationalities is still the central theme of Ethiopian political discourse. It has persisted because we failed to properly address the nationalities’ just demands for dignity and self-governance.

The current constitution, albeit not practically implemented, guarantees self-rule for all Ethiopia’s ethnic communities. There are some that consider the current constitution and the multinational federal structure a failure, blaming it for the rise of identity politics. As a result, there seems to be a desire to change it fundamentally, or undermine its full implementation.

On the other hand, there are those who that say the current constitution and its federal structure, particularly provisions that guarantee collective rights of nations, nationalities and peoples, must be protected at any cost except for minor amendments as necessary.

I believe the constitution, even though in place for more than a quarter century, has not been fully tested yet. Free, fair and competitive elections are the ultimate test for a democratic system and the right to self-rule. There has never been such an election in the country. The closest was the one in 2005, but that ended badly.

The fact that views are polarized makes it difficult to have constructive debates. But that is what needs to happen and we should not shy away from them unless we want identity politics to be the defining topic for a full century. Prime Minister Abiy Ahmed’s formation of Prosperity Party (PP) appears to be an attempt to defuse identity politics by forming a national party. But dissolving the regional ruling parties of the Ethiopian People’s Revolutionary Democratic Front (EPRDF) and its affiliates was untimely and a short-sighted action that will only intensify identity politics instead of defusing it.

It was a rush to achieve a superficially positive outcome without following the necessary process to actually sustain that desirable result.

Before we prescribe and implement an alternative to identity politics, we need to diagnose why it has existed for so many decades. Why have most of our political parties organized on the principle of liberating a nation or representing their interests? Identifying the root cause of a problem is the main part of finding its solution. When a group sees its identity (language, culture, faith, lifestyle, etc.) under attack, or feels its values threatened, a natural response is to organize and struggle collectively.

Nationalism has recently become the driving agenda of elections even in Western countries. It certainly cannot and should not be undermined in Ethiopia and other African countries where the issue is even more sensitive and could be destructive if not properly managed. In Ethiopia’s case, many nations and nationalities have been suppressed and even dehumanized at times for far too long, particularly those in the south of the country. Their struggle to preserve what identifies them collectively is not different from a struggle for basic human right. If we do not acknowledge that, we are nowhere close to addressing it.

Southern comfort on the rocks
As Sidama finally gets its referendum on regional statehood, Ethiopia’s often peripheral Southern Question is set to assume center stage.

Under EPRDF rule for the past quarter of a century, many of these just demands were addressed. However, the critical component of self-governance was never part of it. Had it been, we would not still be discussing it now. In short, multinational federalism is not what is fueling identity politics; rather, it is the lack of it. Instead of correcting that mistake of EPRDF, PP could deprive many of the southern nations from developing their own political and democratic institutions, which requires time and effort. One of the main reasons cited for forming PP is to be inclusive of the EPRDF affiliates. This could have been accomplished by bringing them on board as full members of the front instead of dissolving them and merging their structures and members into PP.

Let us assume for a moment that after several years we want to be at a point where the democratic system is institutionalized and nations’ self-governance is guaranteed and is no longer under any kind of threat. Anyone that believes in group rights and values equality should agree with this as an end goal. At that stage, we would still need competing political agendas in each federal regional state. The competition will no longer be about what it is today. As such, the political parties will adopt other types of social and economic ideologies. This can be achieved as a by-product of addressing today’s critical issues. It requires careful and meticulous navigation across turbulent waves. Abiy’s attempt to defuse identity-based political parties by forming a national party is a leap to destination that seeks to avoid the necessary long, and probably painful, journey.

Why is it necessary to take that journey? Because it would be a major setback if, after rushing to the destination, the system then failed after several years. However, if we take small steps, there will be opportunities to adjust without losing sight of the destination. If we acknowledge the historical injustices, we must allow time for them to develop their language, culture, education and institutions within their respective regions. At the current stage of development, political parties based on representing and protecting groups interests are the right mechanism to accomplish that.

The positive outcomes are two-fold. First, it addresses a just cause and corrects historic injustice. Second, it will defuse identity politics over time through the process. If the issues that necessitated identity politics cease to be relevant, so will the need to organize political party based on identity. In the end, this will reconcile the current poles, as both would have achieved a common goal. Ignoring this necessary process will only exacerbate the polarization.

Large nations like the Oromo can withstand the effect of losing an identity-based party due to their size. However, those with smaller populations, mostly in the south, can easily be suppressed or swallowed within a national party like PP. They need more time, support, and independence to recover from historic injustice before they can compete fairly on the same playing field.

What is happening currently is an attack on political organization based on nationalities, which in turn creates defensiveness among such organizations, leading them to double-down on their views. This is the tension needs to be defused if we want to break out of a stalemate and make progress. The proper way to do it is to take the lid off and stop suppressing. Until democratic systems and institutions for self-governance mature and solidify for all nations, we will have a perpetual cycle of identity politics at the center of Ethiopia’s discourse.

If we really do want to defuse identity politics and make progress, we must go through the necessary steps—because on this matter, process is more important than outcome.

Challa is a Civil Engineering professional and graduate from Addis Ababa University. He has no political aspirations, but cares about Ethiopia and likes to stay engaged and share his views. Follow him on Twitter and Facebook @chaldems