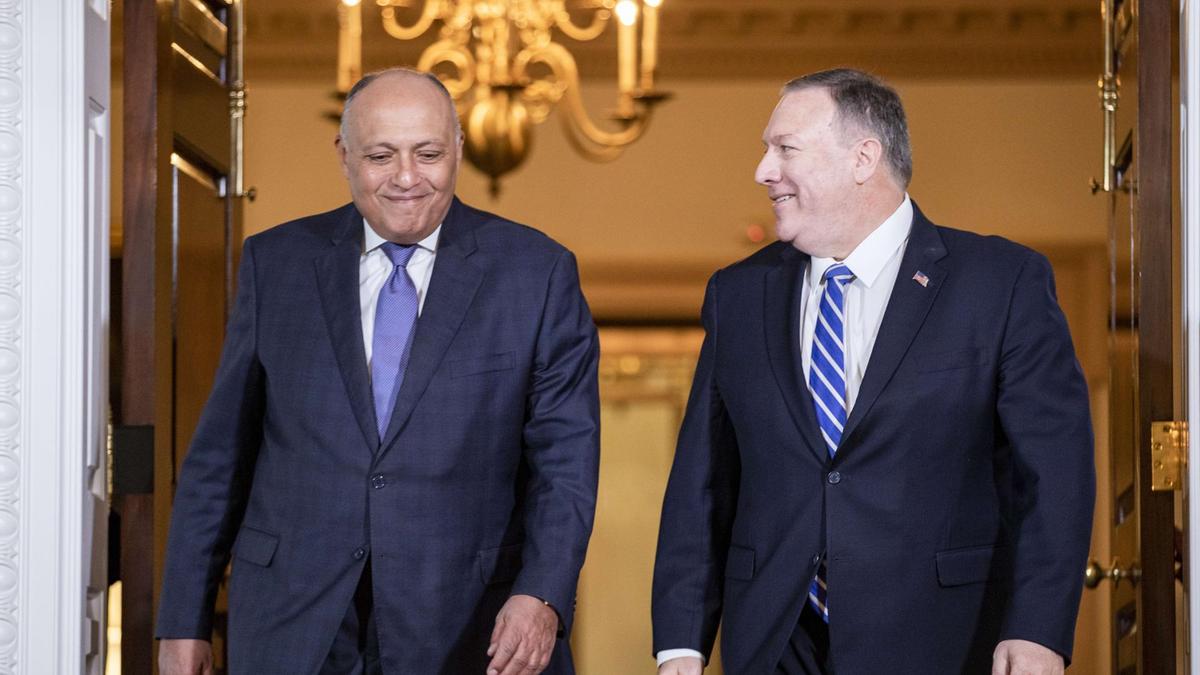 Understanding the context will enable observers to recognize the unfairness of the status quo, writes a former Ethiopian diplomat

Ethiopia’s decision in late February to skip talks in Washington after refusing to sign the U.S.-drafted agreement on the Grand Ethiopian Renaissance Dam (GERD) did not result in anger in Addis Ababa or Khartoum.

On the contrary, many Ethiopians sighed with relief that the government declined to attend, while there was also plenty of support in Sudan. Ethiopian citizens had worried that their country would not fare well in the negotiations inspired by Cairo and had concluded that the U.S. would tilt towards Egypt given Cairo’s strategic position on Middle Eastern issues that have long commanded the attention of Washington’s policymakers. The ensuing tilt has confirmed their fears and raised doubts about how the U.S. values its long-standing relations with Ethiopia.

Convinced that the GERD will serve their water- and electricity-driven interests well, the Sudanese must have had their own concerns regarding where the relations between the three countries were headed in the wake of the Washington impasse. The nudge that prompted a stronger reaction from Khartoum was provided by the one-sided resolution passed by the Arab League, which ignored Khartoum’s interests and the feelings of the Sudanese public. Officials from Sudan refused to sign that, just as they refused to join Cairo in initialing the U.S. text on guidelines for filling and operating the GERD.

Given the position of two of the three governments engaged in the Washington talks and the public mood in the two countries, and in light of Egypt’s tendency to ignore the 10-nation Nile Basin Initiative, it will be necessary for the U.S. Government to examine what went wrong.  Washington could choose a course correction or leave the parties to resolve their issues in accordance with the tripartite arrangements they reached back in 2015. What would be unfortunate is if the U.S. opted to insist on all parties signing the flawed agreement on the table.

Clearly, the U.S. has strategic interests in the Horn of Africa and Ethiopia is considered a key partner. Yet, Washington must have been convinced by Cairo that the involvement of the U.S. would yield quick results, even over Ethiopia’s objections. After all, the U.S. possesses considerable leverage over the concerned countries. Contacts at the highest level between Washington and Cairo, encouraged also by Israel, must have created the sense that for Egypt to play a robust role in vital Middle East initiatives, Cairo would have to be relieved of the burden of dealing with a recalcitrant Ethiopia and a growingly assertive Sudan on the issue of the Nile. The U.S. must have been led to believe that a combination of pressure and inducements would do the trick. Hence, the haste with which a series of meetings were scheduled in the belief that an agreement could be reached within two months.

That this proved not possible will not sit well in Washington, and time and fact-based persuasion will be required if the U.S. is to look at the issue with a new, more objective, justice- and fairness-focused lens. This may take time as disappointment with Ethiopia—and to some extent with Sudan—notwithstanding, the U.S. is currently preoccupied with far more urgent issues, starting with COVID-19, to give the required attention to an age-old issue that is fraught with public emotion and national ego.

For the U.S. to resume negotiations with the objective of reaching a fair agreement, Washington will have to recommit itself to address the issues of the Nile in a comprehensive way. This will require patience and a keen sense of justice and fairness. It will demand the same level of human solidarity with the peoples of all the countries concerned. One would have to give proper weight to the requirements of the 40-plus million people of Sudan and the 110 million people of Ethiopia along with those of Egypt and treat the issue accordingly.

A rethink would have to dig a bit deeper into the background of the Nile crisis if it is to have a chance of success. The issues that would need to be brought to light include the following:

In contrast, when Ethiopia decided to build the GERD it undertook consultations with Egypt and Sudan over the past eight years, making it clear that the dam is designed to generate hydropower and not to cause harm to the Egyptian people. Unfortunately, the public in Egypt has not been sincerely informed.

A quick review of the recent history would draw a clear picture of how the Nile issue—and Egypt’s single-minded exploitation of its position—has played a central role in fueling and aggravating the disputes and tensions that continue to challenge the Horn of Africa.

Doing what is right

That is why it is essential to understand the context, as it brings into focus the path that brought the parties to the present state of affairs. This will enable mediators and observers to recognize without difficulty the basic injustice that is inherent in the status quo. They will wonder how such a biased and discriminatory system could have endured all these years. And then they will have to labor over how to redress this fundamental wrong. Because it is only when the parties see that their needs are being fairly considered that they will engage in a sincere manner to enter a sustainable agreement. It is only when each party is compelled to recognize the other’s right to live a life worth living that a beginning can be made to achieve a compromise that ensures the injustice will not continue.

Will the U.S. wish to embark on this arduous road? Anything less will not do.

25 Jan 2020 Flexibility must be foremost in GERD treaty