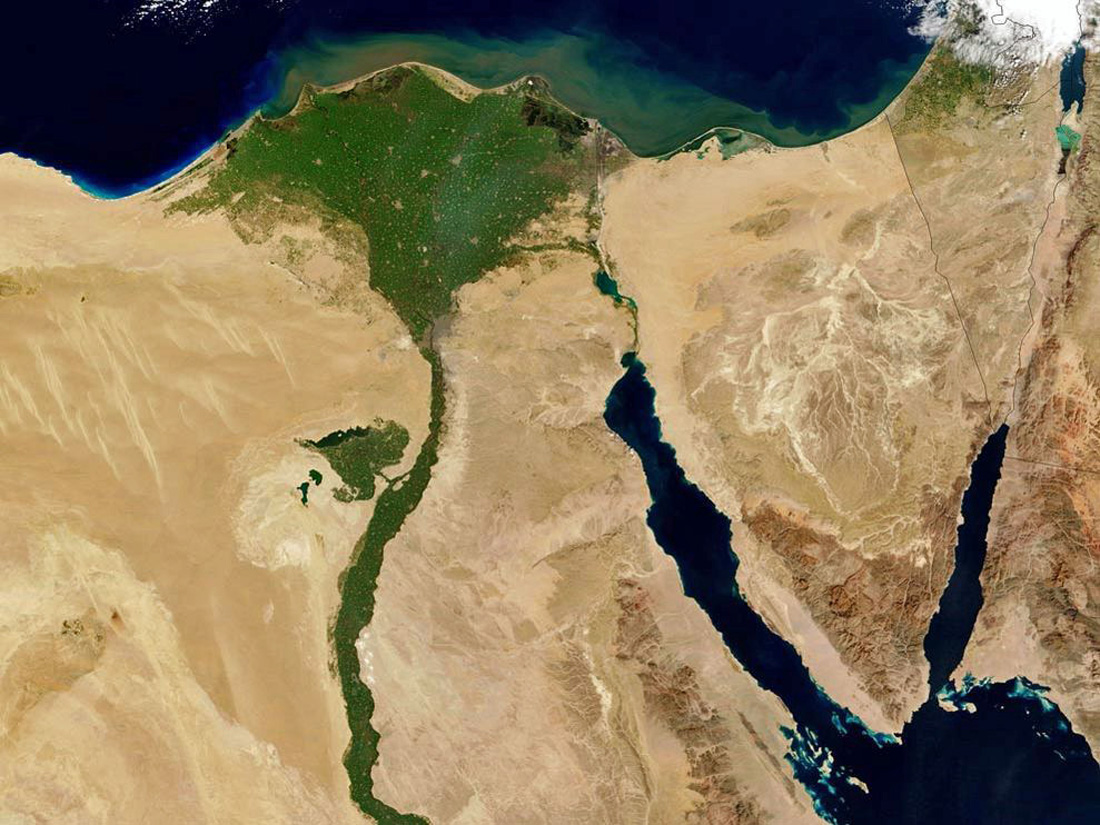 The proposed drought-mitigation mechanisms were seen by Ethiopian negotiators as designed to protect Egypt’s contested share of Nile waters.

Ethiopia Insight explains the details that informed this position.

After some progress in the Grand Ethiopian Renaissance Dam (GERD) negotiations since the U.S. Treasury and World Bank got involved in November, the process foundered on drought-mitigation demands that Ethiopia categorically rejected.

These relate both to the filling stage of the dam, which Ethiopia says will take five to seven years, and the long-term operation phase. Ethiopians say the negotiation for long-term operation became about water sharing, which should not have been part of the agenda. Rather they wanted discussions only on the reservoir operation that is restricted to the dam’s inflows and outflows. But, after the last round of talks had run their course, the Ethiopian view was that Egypt and the U.S. proposed an un-amendable plan for permanent operation, which amounted to a “water-allocation” arrangement that effectively protects Egypt’s claimed 55.5 billion cubic meters (bcm) annual share of Nile waters.

Aspects of the proposed agreement identify releases from the GERD without considering the inflow. Whatever the amount of water flowing in, Ethiopia is expected to release some amount under the pretext of drought mitigation. This has clear similarities with a water-sharing agreement that does not alter along with rainfall that fluctuates from year-to-year. Ethiopia wants the amount released to be based on inflow into the reservoir minus evaporation and local use, without specifying figures in advance.

According to experts from Addis Ababa, the way the issue has been dealt with does not amount to drought mitigation; rather, it is mitigation of water shortage in Egypt and Sudan. Egypt prefers to call it drought for two reasons, they say. First, it wants to use this to accuse Ethiopia of causing artificial drought in Egypt. Second, it transfers the responsibility for mitigation to Ethiopia. Otherwise, how can drought happen in the middle of the desert, the experts ask. If it was called water shortage instead, responsibility for mitigation would lie on all the three countries, with Egypt taking its fair share of responsibility.

Therefore the starting premise for the approach, negotiators from Addis claim, is that Ethiopia is obliged to mitigate downstream shortages, with no corresponding obligation on those countries to assist by, for example, applying water-saving technology, planting less water-consuming crops, or shifting their economies from agriculture to the industrial and service sectors. Furthermore, the agreement obliges Ethiopia to release the so-called ‘natural flow’; thus ignoring Ethiopia’s future upstream water uses for water supply, filling hydropower dams, or irrigation.

GERD’s reservoir’s capacity is 74 bcm with water level at 640 meters above sea level (masl). The average flow of the Blue Nile at its entry to GERD is assumed to be 49 bcm a year. Of the 74 bcm, around 15 bcm, which is at a height of slightly less than 595 masl, is ‘dead storage’, meaning that it will stay in the reservoir as it represents the dam’s ‘minimum operating level’ for the 13 turbines. This will be impounded over the first two years, with an added 3.4 bcm to act as a buffer, according to the Ethiopian plan.

The 25 bcm of storage above 625 masl is for annual releases to generate electricity, while the 25 bcm between the minimum operating level and 625 masl is an emergency drought reserve. Each year during operation in around September, after filling during the rainy season, the upper 25 bcm will be used to generate power, as will any inflow in excess of 25 bcm.

Ethiopia does not need permission to start filling GERD
The dam has been constructed in accordance with international legal principles.

The initial Ethiopian plan, however, is to impound 4.9 bcm in the first year of filling to test the first two turbines. In the second year, another 13.5 bcm is needed to test the remaining turbines. Therefore, the volume stored after two years is 18.4 bcm. After this first two years of filling, Ethiopia’s plan is to release a minimum of 31 bcm/year. This is the average annual flow of the Blue Nile Between 1979 and 1987, which were prolonged drought years during which the High Aswan Dam did not reach shutdown level, and Egypt was not significantly affected by water shortages.

According to Ethiopian negotiators, Egypt accepts that Ethiopia will impound from between 5 to 12 bcm in both the first two years. Assuming an average flow of the Blue Nile, this means releasing between 37 to 44 bcm downstream each year. However, from the third year, the U.S.-drafted agreement, which Egypt signed, proposes that drought-mitigation mechanisms kick-in. These are based on the suggested drought-mitigation mechanism for long-term operation.

There are three drought-mitigation schemes proposed in the agreement for long-term operation.

If the annual inflow at GERD is less than 37 bcm, Ethiopia is to provide additional releases from GERD that depend on the storage in the GERD reservoir above 603 meters above sea level (masl). The releases would range between 0 to 14 bcm a year.

For example, if the incoming flow is a historically recorded low of 20 bcm and GERD is at 625 masl, then Ethiopia would release 20+14 = 34 bcm/yr. If the annual flow is 20 bcm and reservoir was lower at 615 masl, then the release would be 20+9 = 29 bcm/year. Other required releases based on existing reservoir volume and the river’s flow would be proportional to those examples.

According to Ethiopian critics of the deal, this means GERD electricity generation proportionally drops, and Ethiopia may have difficulty in filling the reservoir again. Also, if an upstream development occurs leading to, say, an extra 5 bcm annual withdrawal, then this hydrological condition (less than 37 bcm/year inflow to GERD) would occur fairly frequently.

If the average annual release from the GERD over the preceding four hydrological years is less than 39 bcm, then GERD would release all the water stored above 603 masl—this could be at least 50 bcm, which is the volume stored between 603-640 masl—over the following four hydrological years, regardless of the hydrology during those years. These Four-Year Drought releases are excluding each Annual Drought release detailed in Mitigation (1).

This means that in the four years after a Four-Year Drought, to keep above the 39 bcm Four-Year Drought threshold each year, and assuming the reservoir starts at 625 masl, Ethiopia would annually release 39 bcm + 6.25 bcm Four-Year Drought release (25 bcm/4 years) + 1.5 bcm lost to evaporation = 46.75 bcm/year. Again, this does not account for any upstream developments that would lead to withdrawals.

The minimum annual release threshold therefore effectively moves from 37 bcm under the Mitigation (1) Annual Drought scenario to 46.5 bcm/year when the implications of the long-term drought-mitigation mechanisms are calculated—although that amount increases the more the reservoir volume starts above 625 masl. This also holds true for the third scenario.

Mitigation (3) means that in the years after a Five-Year Drought period, to keep above the Five-Year Drought threshold for the year, GERD would annually release 40 bcm+ 5 bcm for Five-Year Drought release (25 bcm/5 years) + 1.5 evaporation = 46.5 bcm/year.  This is assuming the reservoir starts at 625 masl and without accounting for any future withdrawals upstream of GERD. If it starts at higher than 625 masl, more water would have to be released from the reservoir.

One of Ethiopian negotiators’ main gripes is the interplay between the mitigation schemes, particularly the Four-Year and Five-Year drought scenarios. The use of the term “preceding” year is important. If Ethiopia releases less than 39 bcm on average during the four years and comes under the Four-Year Drought mitigation, and the fifth year makes the cumulative average less than 40BCM (as any additional flow that may come will be used to pay what it ‘owes’ under the Four-Year Drought mitigation and does not count towards annual releases), Ethiopia will have to release all the water above 603 over the next five years.

So, for example, if Ethiopia released less than 39 bcm on average during the first four years, it is expected to release 40 bcm plus one quarter of the amount stored above 603 masl over the next four years. If this mitigation-release amount is assumed to be 10 bcm, and the river’s annual flow is the average 49 bcm, the annual release from the GERD—excluding the mitigation release—would be 39 bcm, taking Ethiopia into the Five-Year Drought mitigation scenario.

For sake of justice, U.S. must reset its navigation of Nile file
Understanding the context will enable observers to recognize an unfair status quo.

If such a situation occurs, Ethiopia would have two choices, the negotiators say. The first would be to store more water to create a higher head for power generation, and so move from one penalty scheme to another; or, release more stored water for mitigation, potentially risking the reservoir dipping below the minimum operating level.

Ethiopian negotiators say these conditions show that the Egypt-U.S. draft agreement is basically to help secure the 1959 agreement, which allocated 55.5 bcm of the Nile’s waters to Egypt, by ensuring that almost the average ‘natural’ Blue Nile flow (49bcm/year) will continue downstream forever. This is why Ethiopia rejected the deal.

Compounding the claimed injustice, Egypt/U.S. added a clause stating that future developments upstream of the GERD may be undertaken without prejudice to this agreement—even though Ethiopia does not have any share of water in the agreement—in accordance with the applicable principles of international law of equitable and reasonable utilization, of not causing significant harm, and of cooperation.

Even in the filling period, in the end, Egypt introduced a concept, and the U.S./WB incorporated it, which constrains GERD. Egypt is willing to allow 5 to 12 bcm annual retention in GERD during the first two years of filling, but afterwards, Ethiopia must release what it has stored to mitigate in the event of the occurrence of the three types of drought described above. The only modification is that rather than releasing the 100 percent of storage above 603 masl, it has to let go 62.5percent (15.63 bcm if the total is 25 bcm) of the storage above 603 masl.

Ultimately, as far as the Ethiopian experts are concerned, these conditions mean GERD’s purpose is highly compromised by reducing the maximum power it can produce and by limiting its storage. For one thing, they complain, the dam above 625 masl (25 bcm) may after some time stand empty for good.

Ethiopia, therefore, for all the reasons stated above, sees this text as biased towards Egypt and Sudan. As a result, it has lost faith in the U.S.-led process. Technically, it sees the way forward as delinking filling with long-term operation—but that will likely be a hard sell in Cairo, which wants the existing agreement to be signed by Sudan and Ethiopia.

Ethiopia, however, says long-term operation can be arranged after a water and benefit-sharing agreement is done via the Cooperative Framework Agreement. In the meantime, after the GERD filling is completed, in case drought hydrology occurs, at the end of September (the end of the rainy period) Ethiopia says that in the spirit of cooperation it would provide an annual operation plan for that year, which the three countries would then discuss.

With assistance from Fred Davison