Why I have not contributed to the Ethiopian Diaspora Trust Fund 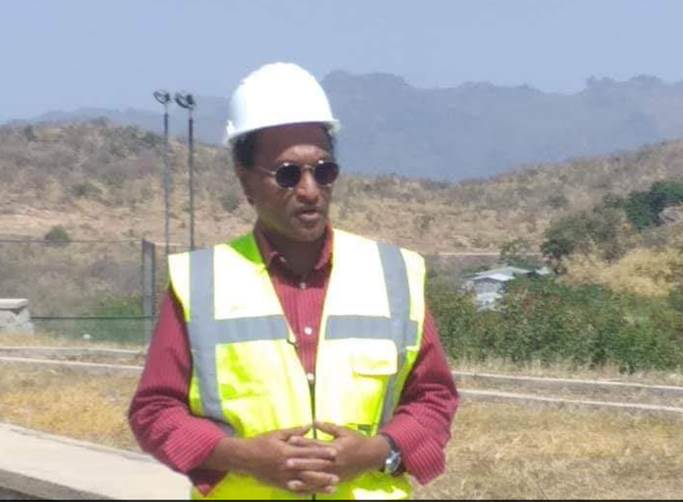 “Not even one cent will be misused,” he promised in Amharic.

Just over a month later, the Prime Minister announced the formation of the Ethiopian Diaspora Trust Fund (EDTF). The EDTF received tax-exempt nonprofit status from the U.S. Internal Revenue Service that September and started accepting online contributions that October. Two months later, only 2,800 diaspora community members had contributed to the fund. Frustrated by the low number, the Prime Minister renewed his call to diaspora community members. He urged them to demonstrate their commitment to Ethiopia with actions, not words.

Yes, I am talking about Alemayehu G. Mariam (Al Mariam), professor of political science at California State University San Bernardino. I am one of millions in the Ethiopian diaspora who have not yet contributed to the EDTF. I decided not to contribute the moment I noticed Al Mariam’s name listed as the Chairman of the Advisory Council.

The success of a fundraising team begins with its leadership. Fundraising leaders should inspire, mobilize, and bring people together. I realize bringing the Ethiopian diaspora community together is a challenging task. We are divided across ethnic and political lines, which presents a steep challenge even for a unifying figure.

Al Mariam, however, has earned a reputation as a divisive, controversial contrarian. As one of the loudest voices in the diaspora opposing Abiy’s predecessors, particularly the Tigray People’s Liberation Front, he viciously attacked everything they did.

Most Ethiopians rejoiced. Who in their right mind would oppose the GERD for non-environmental concerns, right? Well, Al Mariam did.

Blinded by his biases against Meles, Al Mariam repeatedly referred to the dam as the “so-called Grand Renaissance Dam.” In 2013, he tagged the GERD “a vanity make-believe project intended to glorify Meles.” Meles wanted to build the dam, he wrote, “to have a concrete memorial that could immortalize and glorify him as the little ‘Big Man’ of Africa.”

In 2014, he called the GERD “an Ethiopian white elephant”—the same GERD he visited with Abiy this year, posing for a picture with the dam as a backdrop. Now, Al pens columns defending the project with the same ferocity with which he used to denounce it.

His opposition to Ethiopia’s infrastructural development did not stop at the hydropower project. He called the new Ethiopia-Djibouti railway, the first modern electrified line in East Africa, which runs along Ethiopia’s main trade corridor, “the first ghost railway to nowhere.” He named the newly built African Union Hall in Addis Ababa the “African Beggars Union Hall.” He dubbed the Addis Light Rail, a fairly advanced rapid transit system for sub-Saharan Africa, a “public relations stunt.” And so it goes on.

Granted, the Advisory Council has other members I respect. Like Prime Minister Abiy, I appreciate their willingness to dedicate their time and efforts to this cause.

For me, however, Al Mariam as Chairman remains the face of the EDTF. While he has every right to oppose the building of a dam or any other project, his extreme views and divisive vocabulary are polarizing, not unifying. Why did the Prime Minister appoint him to chair the EDTF if he wants to bring Ethiopians together?

If Abiy wants to improve the fundraising performance of the EDTF, now is the time to opt for a unifying figure. If he appoints one, I, for one, will start making my dollar-a-day contribution.

3 Nov. 2019 Liberal democracy is no liberator

Bruck is an MBA/MPA Candidate at the Tuck School of Business at Dartmouth and the Harvard Kennedy School of Government. Follow him on Twitter @bruckebede