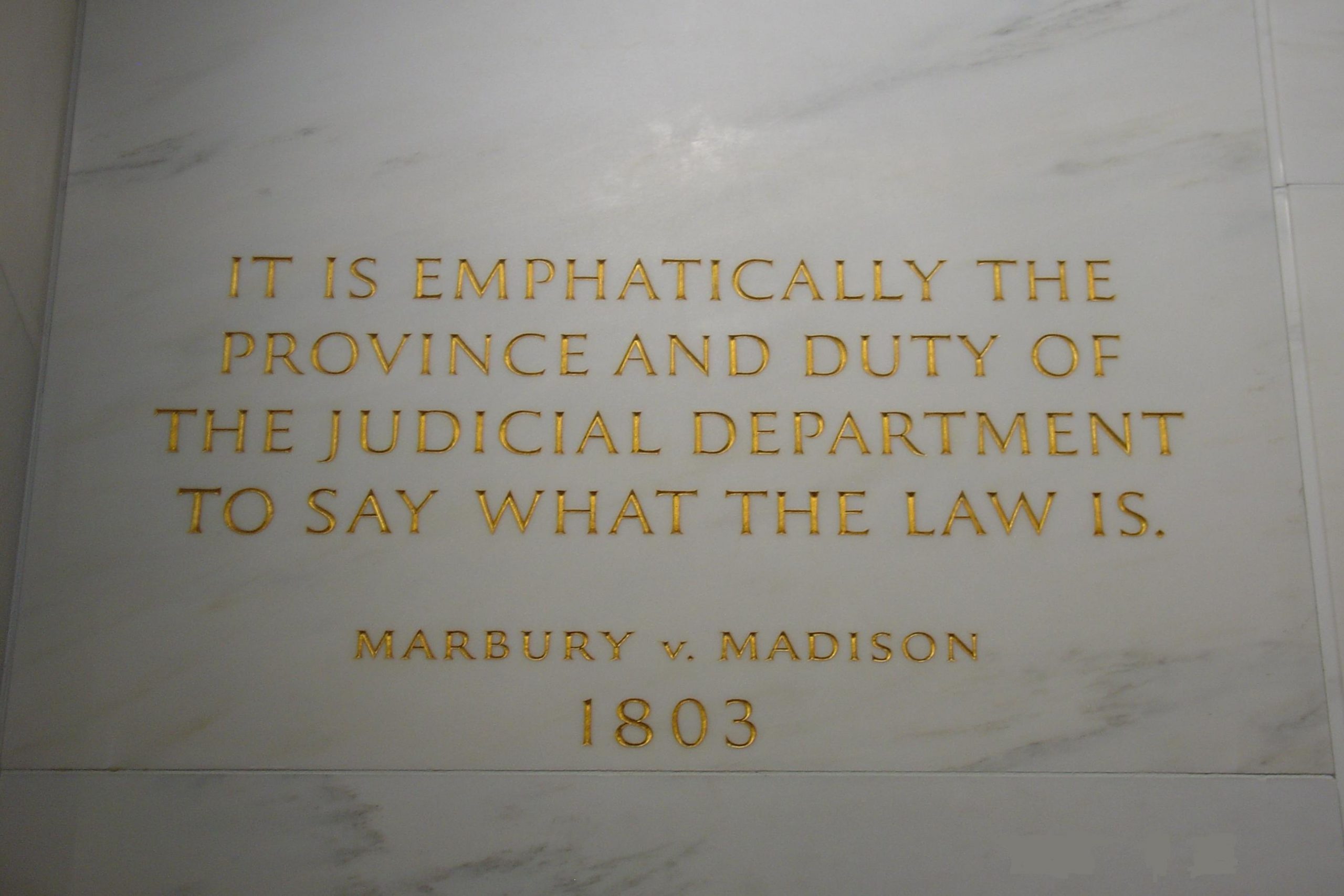 Before interpreting the constitution, the relevant institutions must first assess whether the request itself is constitutional

On 30 April, the National Electoral Board of Ethiopia (NEBE) announced to the House of Peoples’ Representatives (HoPR) that the COVID-19 pandemic had disrupted preparations for the general elections and that they could not be conducted as planned.

On 5 May, the HoPR agreed with the board that the general election could not be conducted on schedule, that the term limit of the political branches would come to an end in early October, and, as a result, a new parliament would not convene and a new government would not be formed.

After considering the situation, the HoPR announced that it had identified articles 83 and 84 of the constitution and Article 2/3/c of Proclamation 798/2013 as the legal sources that clearly provide it the legal basis to go in the direction of the institutions of constitution interpretation.

The HoPR further determined that the constitutional riddle resides under the roof of articles 54/1, 58/3 and 93 of the constitution and that unpacking those provisions would lead the way to clarity. As a result, it decided that those articles be submitted to the Council of Constitutional Inquiry (CCI) and the House of the Federation (HoF) for interpretation.

Ethiopia Insight — Ethiopia requires a legal solution to a political problem
Ethiopia's constitution can be lawfully interpreted to address the current political challenge.

Following the receipt of the submission, the CCI has commenced the most consequential deliberation in the history of the country’s jurisprudence. Hence, it is only appropriate to ask whether the HoPR’s submission to request constitutional interpretation was made in a manner consistent with the constitution.

A closer look at the constitutional provisions the HoPR has invoked to justify its submission shows that those provisions deal with ‘dispute’. It is interesting to note here that the term ‘dispute’ appears four times and the word ‘contest’ once in just the two provisions. It is thus necessary to find out what ‘dispute’ means legally.

‘Dispute’ is defined by Black’s Law Dictionary as a conflict or controversy; a conflict of claims or rights; an assertion of a right, claim, or demand on one side, met by contrary claims or allegations on the other. ‘Dispute’ therefore obviously involves ‘contest’ between parties with an interest that could contextually be secured or lost depending on the outcome of the ruling by the CCI/HoF.

It must be emphasized right away that the CCI/HoF is thus, unlike other similar institutions in other jurisdictions, confined by those two constitutional provisions to the task of handling only concrete disputes. This simply means that one cannot submit a request or constitutionality challenge to the CCI/HoF unless one makes a concrete legal claim for a concrete legal remedy. And it is this process that legal scholars refer to as ‘concrete review’; in contrast to ‘abstract review’.

Ethiopia Insight — From his pulpit, amid a crisis, Abiy regally dismisses all opponents
Rene Lefort: The ruling system the Nobel laureate yearns for becomes clearer and clearer.

Article 84 clearly prescribes that the constitutional issue that could involve interpretation would stem either from a court that tries a case or an interested party in a dispute. In both cases, a concrete case around which a dispute is litigated would be required to go the CCI/HoF. Simply put, if there is no case or controversy or dispute, there would be no procedural mechanism to process an interpretation.

The HoPR is not a party in the case under discussion because the submission does not involve any dispute. The HoPR is not trying to defend or advance a vested interest that could entitle it to legally demand performance because it has not named any opposing party that needs to be made answerable by the CCI/HoF. It is just making a request for an abstract review that would have nothing to do with any articulated injury the HoPR has sustained or fears to sustain.

It should be pointed out that every provision of the constitution is not necessarily self-executing. The HoPR, as a law-making body, may have the power and even the duty to expound constitutional provisions by providing details and particulars through enactments of proclamations.

Those that do not seek additional elaboration would simply avoid attaching to themselves the kind of phrases cited above and such avoidance simply means that they are self-executing and therefore the HoPR should refrain from messing with them. Articles 83 and 84 fall under the category of those that do not require the HoPR to write proclamations to provide particulars, and the HoPR is thus required to leave those articles alone.

Furthermore, even when the framers insert phrases of the kind communicated above, it does not mean that the HoPR is at liberty to come up with a proclamation that could exceed the very purpose they had in mind. The rationale is very simple: the constitution is designed to have a government of limited, divided, and controlled powers. Obviously the HoPR was so unimpressed by this clear constitutional jurisprudence and constitutional command that it decided to invoke a source that was not included in the constitution: Article 3/2/c of Proclamation 798/2013.

Article 3/2/c of proclamation 798/2013 conveniently states: “constitutional interpretation on any unjusticiable matter may be submitted to the Council by one third or more members of the federal or state councils or by federal or state executive organs.” Put differently, this article means that the HoPR is authorized to make submissions to the CCI/HoF even though the HoPR is not entangled in the kind of legal dispute envisaged under articles 83 and 84 for interpretation to occur.

One may contend that this line of reasoning is oblivious of the fact that the HoPR’s endeavor is motivated by the kind of a sense of political responsibility and civic duty the noble engagement in the advancement of good governance demands.

It is true that as a repository of the expression of the will of the sovereign, the HoPR, in going about its business of making laws and carrying out oversight tasks, is faced with many challenges that demand its attention. It is thus understandable if it tries to do all in its power to address those real and practical challenges the country faces by deploying abstract review.

To be fair to the HoPR, abstract review is not uncommon in the world. Many if not most European countries have established special constitutional courts that review legislation in the abstract; a legislation that has no connection to an actual controversy whatsoever, as opposed to the U.S. model where courts require legal cases and controversies to undertake constitutional adjudication.

Those special courts conduct abstract review when constitutional challenges are brought by public institutions, such as the government, the ombudsman, the general prosecutor, the parliament, a qualified minority of the parliament, etc. Those challenges do not need concrete case to set the review procedure in motion. It therefore is not entirely incomprehensible if the HoPR tries to emulate those courts and tend to take on matters that demand abstract review. And it is also not very difficult to imagine that maybe it was this sentiment that explains the motivation behind HoPR’s determination to pass proclamation 798/2013.

Yet this proclamation poses a very serious legal challenge. It needs to be emphatically pointed out that those European constitutional courts that conduct abstract review do so because they are empowered to by the fundamentals of their respective legal systems. What the HoPR has done in enacting Article 3/2/c of Proclamation 798/2013 is the exercise of power the constitution has expressly forbidden. And this act of writing Article 3/2/c has ended up in expanding the jurisdiction of the HoPR, the CCI, and the HoF when expansion of the jurisdiction of those constitutional institutions is not part of the job description of the HoPR.

The logical question would thus be: if the HoPR cannot legally exercise power that is not expressly provided for in the constitution, how could the CCI/HoF proceed with the submission made by the HoPR? Is the CCI/HoF authority to exercise power of abstract review provided for under article 3/2/c of proclamation 798/20013 despite a contrary command by articles 83 and 84 of the constitution? What should the CCI/HoF do in light of those two different laws that are issuing conflicting orders at the same time?

Ethiopia Insight — A constitutional path towards political normalization
Mamo Mihretu: Now is the time for democratic institutions to play their role in the transition.

These were the very questions that were raised for the first time a very long time ago, under a federal setting, in a very distant place, by a very powerful institution, the U.S. Supreme Court, in the landmark case: Marbury v Madison.

William Marbury, who was unlawfully denied employment opportunity in a government institution petitioned the Supreme Court for a remedy in the form of writ of mandamus, a court order commanding compliance. Marbury felt that his petition was grounded on a proclamation, a Judiciary Act of 1789, which allows him to appear before the Supreme Court with no requirement of first seeking relief from the lower court.

While reviewing the petition, John Marshall, who was the Chief Justice, noticed that the act says exactly as Marbury has claimed. Marshall however also noticed that the U.S. Constitution provides the U.S. Supreme Court cannot entertain the petition. Instead, such a petition needs to first be tried in a lower court and then if necessary proceed to the Supreme Court by way of appeal.

The intrigued Chief Justice realized that there was a clear conflict between the Judiciary Act of 1789 and the U.S. Constitution that needed resolution. He held that there was no middle ground that could reconcile the two laws. One needs to give way to the other and it was definitely the act that needed to do so. Marshall therefore declared the act null and void and dismissed the case for lack of jurisdiction.

I think history has presented the Ethiopian CCI/HoF pretty much the same legal challenge more than two centuries on.

My opinion is that:

The HoF too has the same legal obligation. It should reject or ignore whatever CCI may ultimately submit by way of recommendation and dismiss the case for lack of jurisdiction.

The question presented here is actually not complicated. Which one should prevail: articles 83 and 84 of the constitution or article 3/2/c of proclamation 798/2013? In answering, all the CCI/HoF needs to remember is that Article 9/1 of the constitution declares that “the constitution is the supreme law of the land. Any law, customary practice or a decision of an organ of state or a public official which contravenes this constitution shall be of no effect”.

11 May 2020 From his pulpit, amid a crisis, Abiy regally dismisses all opponents

2 May 2020 A constitutional path towards political normalization

28 April 2020 Yes, the pandemic does present a political opportunity—for Abiy

Mulugeta is an attorney, esquire, and adjunct lecturer in law at Addis Ababa University law school.