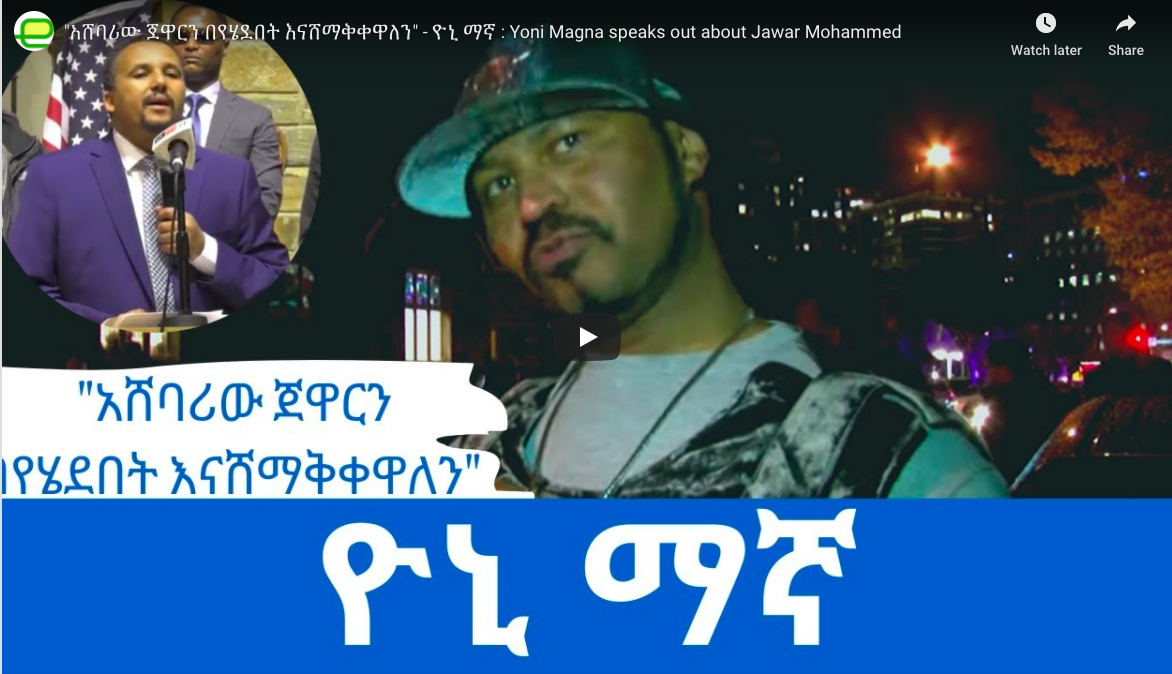 In a positive twist amid the COVID-19 pandemic, Ethiopia experienced a rare constructive debate on how to manage the constitutional crisis. While great uncertainty still looms, it has brought people together to engage in an otherwise polarized political landscape.

The substantive discussions held over recent weeks on the constitutional question should not, however, distract from the ever-present fault lines. Today the country remains as likely as ever to rupture along these cracks. Given the importance of this conversation, and the many more to come, we must reflect on how to better overcome our differences on issues of common concern in the same spirit, in a way that endures beyond these unprecedented times.

The fight for freedom and prosperity in Ethiopia is as old as the country itself.

Many notable moments mark the journey to where we are now, the most recent being Abiy Ahmed’s rise to power in 2018 after years of protests. At a great cost to Ethiopians along the way, the struggle for change has often been rooted in the polarizing nature of our politics. Although the source of division has changed over time, an undemocratic political culture founded on a zero-sum mentality has persisted throughout, inexorably exacerbating Ethiopia’s fragmentation.

As noted by political scientist Semir Yusuf, a centrally managed federalism that essentialized ethnic identities coupled with state fragility has contributed to conflict in different parts of Ethiopia. The contention between ethnic and pan-Ethiopian nationalism is thus a key driver of polarization. The competing ideologies found common ground in opposing the EPRDF regime, but their fundamentally different visions for the country beyond this goal meant that their strategic alliance was short-lived. In the years since Abiy’s emergence, the relaxing of the overall security apparatus combined with ethnic mobilization has emboldened actors to fuel unrest.

This became evident in the run-up to national elections, then thought to take place in August this year, when political parties instrumentalized ethnic nationalism to mobilize populist support. Accordingly, the battle for who gets to represent the electorate rather than who proposes the best way forward has come to dominate political discourse—with unfavorable consequences.

Changing this deeply ingrained calculus will require politicians to recognize that in a country as diverse as Ethiopia, it is necessary to build coalitions across ethnic lines in order to consolidate legitimate political power. Such a shift will naturally take time and, more importantly, well-regulated and accessible forums that lend themselves to such a meeting of minds.

For Ethiopia’s nation-building project to work, critical conversations around border disputes, autonomy demands, and minority rights are needed to effectively address long-held grievances and disputes across the country.

In the absence of viable democratic forums to hold such debates, political figures and commentators alike have turned to social media. This trend has arguably served to further fragment rather than foster a framework of common understanding, even in established democracies. In Ethiopia, where democratic institutions have yet to take root, the effect is even more destabilizing.

Social media platforms are conducive to the spread of sensationalist ideas and content, regardless of accuracy. Shocking or oversimplified messages are more likely to garner attention; the ease with which such information is shared and the difficulty with which sources can be verified undermines fact-checking and other moderating factors.

As a result, networks foster increasingly extreme world views and political discussions online are markedly less civil than they would be in person, giving rise to impenetrable echo chambers and dangerous disinformation campaigns. Instead of facilitating more nuanced and balanced exchanges on issues of common concern, online spaces have served as an extension for those looking to weaponize fear and anger.

The state of online discourse on Ethiopian politics makes this very clear, in the way that polarizing interpretations of history and current events are rallied around and the level at which inflammatory claims and opinions are amplified.

It is apparent that the success of social media mobilization in the protests leading up to the coming to power of Abiy has encouraged continued mobilization of anti-government rhetoric online. The government appears to understand this conundrum, as social media presence among officials has significantly increased, perhaps in an effort to appear more in tune with popular sentiment and offer a counter-narrative to activists.

However, curbing polarization and elevating the discourse will require that venues beyond social media are explored. These could be organized by educational, research, or media institutions. Because of its complex nature, the solution to polarization will need to consist of social and political measures such as safeguards to freedom of expression, media reforms, and these new forums for meaningful intergroup dialogue.

The high hopes instilled by Abiy’s vision for a unified Ethiopia have been tempered by the government’s inability to manage the legacy of divisive politics still haunting the country.

Recognizing the need to build bridges, Abiy created the country’s first ever Reconciliation Commission in February 2019. Beyond announcing the commission’s members, little is known of any progress the body has made in achieving its mandate. In a recent interview, a commissioner indicated that it was facing logistical and financial constraints. Considering that members hold concurrent professional responsibilities, the government needs to take the lead in holding them accountable to their duty to meet regularly and deliver tangible results, as per its founding proclamation.

Another initiative explored by the Prime Minister’s Office is the Addis Weg platform, intended to host discussions on key public issues. While it initially touched on issues around the country’s political transition, the forum has effectively become a mouthpiece for government policies and ideological ramblings.

In March of this year, the government enacted the Hate Speech and Disinformation Prevention and Suppression Proclamation. While similarly signaling an effort to reduce online polarization, this initiative in practice not only fails to address its root causes but also generates more problematic questions around limiting freedom of speech in a fledgling democracy. Draining political discourse of unconstructive opinions can only be achieved by creating alternative platforms for the purpose of discussing contentious issues. To this end, it can be concluded that the government has yet to keep its promise of healing the deep fissures inflicted by decades of polarized politicking.

In sum, a lot has been said about the need to love, forgive, and reconcile since Abiy took office. But these sentiments must be reinforced by actionable goals in order to be realized. To this end, the government should take steps to revitalize the Reconciliation Commission and establish forums for political debate between divergent views. In this regard, the work of organizations such as  Inter-Africa Group, CARD, and Destiny Ethiopia should be consolidated in a way that streamlines their efforts for a more inclusive dialog on Ethiopia’s past, present, and future.

By the same token, all Ethiopian political figures should refrain from propagating populist messages that stoke resentment and incite violence. In fact, everyone concerned with the fate of Ethiopia’s democratic transition has a role to play in ensuring conversations on the subject are honest, informed, and constructive.

James Baldwin, novelist and civil rights activist, once made a bold case for equality on the premise that an unjust society ultimately makes victims on either side of the divide. Understanding this insight is key to collectively leaving behind the polarizing ways of Ethiopian politics for good.

Abdulnasir is a Lecturer at Dire Dawa University, College of Law. He holds LL.M from Central European University. Follow him on Twitter @AnasirBAdem