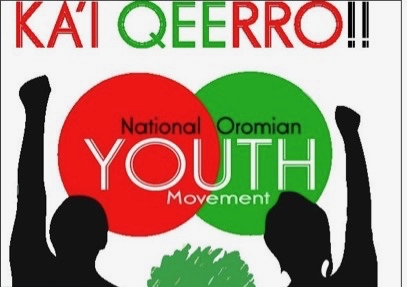 You might well have heard mischaracterizations of Qeerroo and its institution, Qeerroo Bilisummaa Oromoo (QBO), as part a defamation campaign against the Oromo and the Oromo Liberation Front (OLF).

To mischaracterize and attack Qeerroo organization whose sole mission is to end tyranny is disgraceful. Yet, the Abiy Ahmed administration and some media outlets including ESAT, Ethio 360 Media and all government affiliated medias continue to undermine Qeerroo, going as far as tainting the popular peaceful resistance it waged that once aroused the glimmer of hope for Ethiopia until it was snatched away by the new regime.

Some have opposed just about everything QBO has been doing. The question is why.

In Oromo’s Gadaa socio-economic and political system, Qeerroo represents the youth in the social strata of Gadaa structure that signifies the potential force of the Oromo society who are full of energy, enthusiasm, and defenders of the dignity of the Oromo people and their homeland Oromia.

Qeerroo played a vital role in the organized Oromo struggle of the early 1970s.

For example, the song Gaaddisaa Abdullaahii sung titled ‘Qeerroo-mataa-tuutaa, hin jarjartu suuta’ in 1970s was to signify that Qeerroo is the engine of the Oromo Struggle. Since 1991, Qeerroo has re-occurred as what is called the “Qubee generation” to mark the era of introduction of Qubee script and Afaan Oromoo as medium of instruction in schools for the first time in Ethiopian history. This was the result of decades resistance spearheaded by the OLF and realized during the brief period that the OLF participated in the transitional government of Ethiopia.

Unlike its traditional meaning, the origin of the Qeerroo term in Qeerroo Bilisummaa Oromoo’s setting, is derived from the word “Qeerrensa/Qeerramsa” whose literal meaning is “tiger,” to symbolize a fierce fighter, a dignified being, active and defenders of survival and dignity. “Qeerrenso” and “Jaajjabee” are very common terms in OLF and Oromo Liberation Army (OLA) often used to adore those fierce young fighters.

In short, as Qeerroo represents the dynamism of the Oromo youth in a peaceful struggle against tyranny, Jaajjabee represents an admirable special young force in Oromo armed struggle. Hence, in this context, Qeerroo and Jaajjabe are gender neutral. Qeerroo is an idea of cultured resistance, represents a relentless pursuit of liberty, equipped with mental readiness and resilience which leaves no stone unturned to get what it pursues.

What Qeerroo and QBO is not

Qeerroo and its institution Qeerroo Bilisummaa Oromoo isn’t a terrorist and isn’t about violence, greediness, or demanding supremacy of Oromos over others. Qeerroo vehemently opposes terrorism. QBO hasn’t emerged from spontaneous social movements and it isn’t imported institution. It isn’t led from abroad and no diaspora activist has authority over its movements or institution.

QBO operates based on well laid out plans and strategies; its movements are not unstructured nor emotional, no activist has remote control to QBO to turn it on or off. To see the validity of this statement, it will be enough to look at the volume of information provided by Qeerroo website , frequently updated since the formation of the group in 2011.

As OLF was born out of the Macha-Tulama Self-Help Association, the Oromo National Youth Movement for Freedom and Democracy emerged out of the drives of organized Oromo youth movement called “Revolt Against Subjugation” better known as Fincila Diddaa Gabruma. This functioned from 2005 to 2011. In 2011, when the creation of formal Qeerroo structure was finalized, the movement transformed itself into Qeerroo Bilisummaa Oromoo (Oromo National Youth Movement for Freedom and Democracy), so did their motto from Fincila Diddaa Gabruma (‘Revolt Against Subjugation’) to Fincilaa Xumura Gabruma (‘Revolt to End the Tyranny’).

Since 2011, QBO has continued to stage popular peaceful demonstrations and movements in a well-organized, strategized, disciplined and tactical manner led by highly intellectual youths.

Between 2011 and 2014, QBO worked diligently on systematizing and improving their structure and extending their organization down to district level in Oromia. Since 2014, the struggle intensified inside the country with many activists supporting the movement through disseminating information on the resilience of Qeerroo and brutality of the Ethiopian government using all social media platforms particularly, through Facebook, live video streams, and other medias such as radio and TV channels.

Qeerroo: A regimented organization or a spontaneous movement?
By Mosisa Aga

This caused the Tigray People’s Liberation Front to face its ultimate defeat, but only to get Abiy climbing to power on the Qeerroo’s back by hijacking the Qeerroo movement and the Oromo struggle. Unlike Terje Ostebo claims on Addis Standard, Qeerroo hasn’t emerged from spontaneous social movements. We want to educate people that Qeerroo Bilisummaa Oromoo emerged as a trained, planned, organized unit with formal but secretive structure and clear purpose.

It is unquestionable that every member of the QBO is part and parcel of the Oromo society. However, every Oromo youth is not necessarily a member of QBO. While QBO has successfully organized thousands of well-informed youths into its skeletal structure and mobilized millions of Oromo youth under the QBO institution, there are obviously many youths that are not yet embraced by the structure.

Vision and mission of QBO

The Oromo people overwhelmingly recognize QBO as its most organized, covert structure with broader horizon and deep commitment to advance the Oromo liberation struggle for freedom and democracy.

QBO has proved itself to be the latest political engine in the Oromo struggle for freedom with clear vision and mission that is capable of leading organized resistance against domination, and free from emotions and spontaneity in its actions. Its vision is to envisage free and viable nation where Oromo people can live in peace, justice and harmony with others.

They have vibrant and unambiguous mission to promote and advance popular movement of Oromo youth for freedom, justice and equality through advocacy, youth unification and mobilization, raising awareness and peer support. Until, this mission is met, the journey of QBO is unstoppable and their struggle will continue through peaceful resistance, brilliance, humility and determination.

From 8 June 2020, the Qeerroo movement was further heightened to Warraaqsa Galaana Uummataa (Popular Uprising Against Tyranny) with the motto “Oromoon Galaana Irra Dhangalaana,” which literally signifies the birth of the “largest wave of Oromo’s political movement against the oppressive systems.”

Led by transformational leaders, the Oromo National Youth Movement for Freedom and Democracy aka Qeerroo Bilisummaa Oromoo has transformed from “Revolt Against Subjugation” to “Popular Uprising Against Tyranny.” The 3 August 2020 popular uprising is the continuation of the 8 June 2020 that will continue by formulating different tactic until their demand for freedom, democracy, and self-rule is achieved.

QBO has set a new bar as to what the youth can do in east Africa as a whole.

It played a significant role in bringing down the most brutal tyrants to their knees and transitioned Ethiopia in to the so-called “the change era” that was sabotaged and came back to haunt its members. But make no mistake, Qeerroo will prevail again.

The current Ethiopian government after climbing up the power ladder on the back of Qeerroo has singled out the Oromo youth as its staunch enemy and deployed all the state power to destroy Qeerroo and its institution. We like to remind the government that it is facing the roaring lion fire that long defeated fear of death, of rape, of torture and mutilation and sworn not to rest until dignity is restored to the Oromo people and their land Oromia.

We know that the Ethiopian government is ready to kill, arrest, rape, torture and displace the Oromo people and it is at work at this time. However, Qeerroo is ready to die rather than live reduced to second-class citizens on their own land. They are demanding the right to dignity, peace, democracy, rule of law, economic rights, land rights, the right to equal opportunity and the right to govern their own country.

The terrible human rights records of the Abiy regime and the selective targeting of the Oromo political leadership including the illegal arrest of members and leaders of OLF and OFC, prominent human right activists, and torture of grassroots Oromos is only fueling the already heightened grievance among the Oromo people.

As thousands of protestors gathered all over Oromia to protest the killing of a popular singer and demand the release of political prisoners in early July, Abiy’s officials ordered the federal and regional security forces including military mass to use live bullets and batons to break up crowds. This disproportionate use of force led to the killing of more than 329 people in just three days of protest and an arrest of more than 10,000 over one-month period.

However, the killing didn’t stop the unstoppable journey.

The unrest and popular protests continued into the following days, weeks, at different places leading to closure of major highways and restricting movements to and from Finfinne (Addis Ababa). The mass mobilization of youths and the civil resistance do no rest even for a second.

Rather than open up for political dialogue, Abiy and his Prosperity Party declared unwinnable war on the Oromo people repeating the same mistake its predecessors made. The dream to destroy Oromo nationalism, the ideal of Oromo national struggle, by launching military crackdown on Oromo people and its youth Qeerroo has never worked for TPLF and will not work for PP.

Arrests, tortures, killings, and character assassinations of Oromo leaders will never deter Oromos from fighting for their freedom, justice and equality.

Armed with unbreakable resolve and the spirit of Oromummaa, the journey of QBO is going nonstop.

Worku is a PhD holder in agronomy and an volunteer writer on matters Oromo and Oromia affairs. He is part of the Oromia Fact Checker Group, which can be reached at oromiainfocus@gmail.com