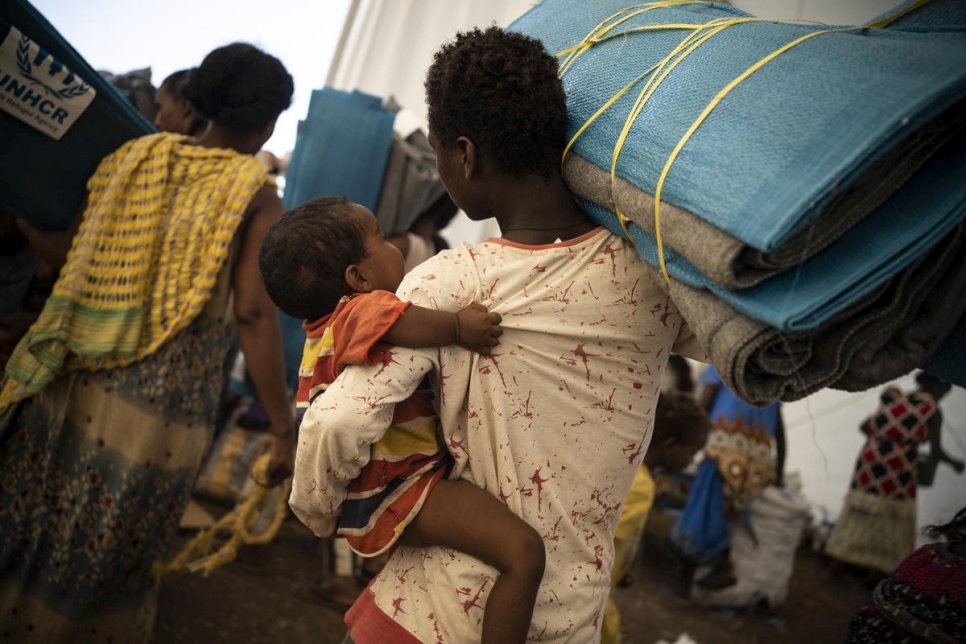 First, Abiy saw an opportunity to gain support from a new constituency. He spent a good part of his political life espousing the struggles of the Oromo people. Until a year ago, he was a senior member of a wholly Oromo party.

After he became Prime Minister, however, he abandoned his regional nationalism and embraced pan-Ethiopian political agenda.

It started when he created the Prosperity Party (PP), formed by dissolving eight ethnically organized parties and amalgamating them into one. This started Abiy’s fallout with much of his Oromo constituency, so much so he locked up his Oromo opponents and accused them of terrorism. Not even his friend Lemma Megersa was spared.

He then embarked on searching for a new political base. He found it among the Amhara who have an axe to grind with the Tigray People’s Liberation Front (TPLF) that runs the Tigray region. When the war started four weeks ago, the first to overrun Tigray were the Amhara—to reclaim a good chunk of land they rightly or wrongly believe is theirs. Abiy is now a hero among them. The TPLF failed to resolve the territorial disputes with the Amhara for long. It snubbed numerous peaceful requests to bring resolution to the dispute. That stubbornness is to be its undoing.

The potential threat to the federal system is the second reason for the war. Ethiopia’s ten regions that make up the federation are demarcated along language and ethnic lines. As much as this system has supporters, many vilify it, especially the urban elite. They argue that the system is the cause of the deadly conflicts among communities, and in some cases, it may have led to mass killings. Besides, they say, the federal system is breaking up Ethiopia, a nation that remained more or less intact for quite some time. Abiy and PP have their sympathies with this camp.

Supporters of multinational federalism see it differently. For them, the current system is a beacon of self-determination and a way of avoiding centralized hegemony. The TPLF is in this camp. Abiy and PP are bent on destroying the TPLF to pave the way for reforming the constitution and the federal arrangement. To what extent the reform will go and what the country will look like then, we can only wait and see. Again, the TPLF ignored the various calls to reform the system. For example, there is a genuine case for giving minorities that live within a larger region some kind of special status. The TPLF’s refusal to initiate such reforms is proving to be the cause for its fall from grace.

Seeking vengeance is the third likely reason for the war. TPLF and Abiy’s PP were in coalition under the Ethiopian People’s Revolutionary Democratic Front (EPRDF), governing the country for 28 years. Behind the high economic growth rates and relative peace during this period, the EPRDF committed grave human rights violations. Thousands were sent to prison. Many were tortured. Hundreds were shot dead in broad daylight. Not only the reports from international and local human rights organizations testify to these crimes, Abiy and his colleagues also apologized for what they have done. Abiy said it in parliament, “it’s we that tortured”. How did this lead to the war?

Well, when the victims sought justice, they got one. Abiy and PP blamed the TPLF, backing their accusations with ruthless propaganda. They arrested a few and issued warrants for the capture of other senior TPLF members. The victims see Abiy as the man delivering justice on their behalf, lending him their support unreservedly. This shrewd move angered and alienated the TPLF’s leadership who felt betrayed by their protégés. But it was more like a case of when one was pulling the nails; the other was passing the pincer with a smile.

Losses and gains in economic patronage make up the fourth reason. The EPRDF ran a “developmental state”. A sort of mixed economy where the state and party-affiliated enterprises take the larger share in the production and distribution of goods and services. Abiy and PP came up with a slightly different model. They announced a massive privatization scheme to sell off key firms—from the national airline and the telecom company to the railways and sugar factories. Abiy forged a new alliance with the international financial institutions, and he has some cosy deals going on with the royal family from the United Arab Emirates.

Personally, he is focused on the tourism sector, managing the construction of the new parks, museums and promenades in Addis Ababa under his pet project.

Abiy’s economic plan didn’t go down well with the TPLF’s leadership who claim to have a tradition of progressive and left-leaning approach to economic policymaking. Abiy’s change of direction meant that the TPLF members were losing the patronage they built over the years. Again, they could have been a little more compromising, given the country had not leapfrogged under the previous model either. Instead, they began to ridicule Abiy as a naive neoliberal enthusiast.

Finally, narcissism has something to do with it too. Simply put, there is a streak of an emperor in Abiy. More than once, he said he had known from the age of seven that he would become the king of Ethiopia. He said his mother had told him that. Another example is the book he published after he came to power. The promotion of the book was a national event. School children are urged to read it and their parents too. Abiy believes Ethiopia will be on the road to prosperity if only people read his book and follow him when he calls them from the pedestal.

Naturally, a heavily armed TPLF that undermined him by holding a regional election in Tigray, while he postponed it because of COVID-19, didn’t go down well with his persona. He wanted no more disregard for his kingdom. He decided to flex his muscles; to display his high-tech weaponry. The TPLF on its part could have gone along with the postponement of the election, if only it had been interested in the stability of the country. If only it had known how Abiy was planning and preparing for the conflict.

In the end, the former friends are not even able to sit down and resolve their differences. Rather, they divided the army along ethnic and ideological lines and chose to bomb and blast one another.

The military victories in the past week tipped the balance of power. Abiy and his PP colleagues are now in their last stage to eliminate the very people who groomed them and allowed them to be the politicians they are today. The irony is, without the TPLF, Abiy wouldn’t have come close to the palace. Unless what he had known since he was seven is true.

When the war ends, the insurgency will follow. Abiy and PP will go to great lengths to finish the job.

An Ethiopian refugee and her child collect mats at a transit site in Hamdayet, Sudan; © UNHCR/Olivier Jobard