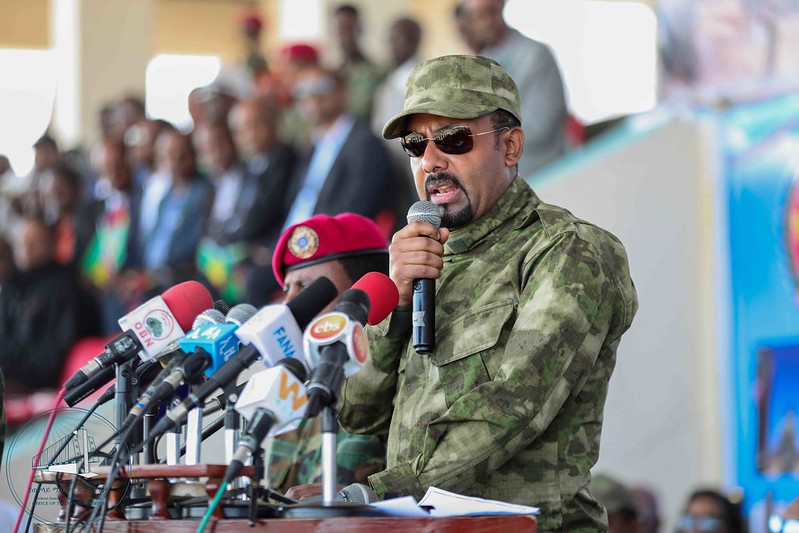 The veteran commentator’s latest critique of Abiy Ahmed was short on evidence and long on innuendo.

In his latest article for Ethiopia Insight, Mind over matter: Abiy Ahmed’s aim to ‘Pentecostalize’ Ethiopian politics, René Lefort accused Prime Minister Abiy Ahmed of being a religious zealot with a shallow understanding of Ethiopia’s history.

Yet the claims made in his article are not well substantiated.

Lefort says that unnamed sources tell him that “Abiy lacks political and historical knowledge.” The reader expects the author to provide evidence for this claim, for example, by referring to statements made by the Prime Minister, or by identifying government policies that are not informed by history.

Lefort does nothing of the sort.

Instead, he merely states that Abiy’s “speeches and positioning suggest a stereotypical conception of history, rather than a sound and thorough knowledge.” Lefort should be able to more concretely and specifically substantiate the allegation against Abiy. Otherwise, it is innuendo.

Others have described the Prime Minister differently. For example, Professor Jon Abbink of Amsterdam University, a scholar of Ethiopian affairs, says he “is a thorough reformist and a type of leader that the country had never seen before. He initiated significant political and legal changes aimed to transform the authoritarian ‘political culture’ of Ethiopia.”

Lefort also writes that Abiy “sincerely believes he is a messiah.” This claim, like most of Lefort’s conclusions about Abiy, rests on testimony of unnamed sources who Lefort says have met, worked closely with, or spoken at length with Abiy.

Since they are anonymous, it is impossible for the reader to verify the claims. We are told that one individual was willing to go on-the-record—yet that individual was not identified in the commentary.

The only people who Lefort does identify are opposition politician Merera Gudina and Tufts University Professor Alex de Waal, neither of whom are neutral observers. De Waal was a close acquaintance of the late Tigray People’s Liberation Front (TPLF) leader and Ethiopian Prime Minister Meles Zenawi, and has been an ardent supporter of the TPLF.

In discussing the alleged influence of Abiy’s religion on his policies, Lefort points out that “the credo of the Prosperity Gospel is that the stronger the belief, the more God will reward the believer with financial blessings.” It is easy to conflate any policy with a leader’s religion, but the exercise sheds no light on the policy, other than to drag religion into the discussion.

Indeed, Abiy’s economic reforms were approved by the EPRDF. If Abiy’s economic policy is based on the “Prosperity Gospel”, the EPRDF’s approval of the policy could be seen as divine intervention as well—if we apply Lefort’s logic.

Lefort claims that Abiy’s popularity is waning. Does he have polling results? What is clear is the barbaric attack of the TPLF on the Northern Command in the middle of the night has garnered the armed forces and the Prime Minister much support. For evidence, see the huge demonstrations shown on Ethiopian state television, as well as the material support that the Ethiopian people have given to the armed forces.

His analysis also claims that foreign investment has declined in Ethiopia. Well, it may be news to him, but investment has decreased globally, more so in Africa, because of COVID-19, according to the UN’s trade organisation.

Lefort alleges that Abiy would like to establish a unitarian state, which he says “is more often perceived as an attempt to return [Ethiopia’s periphery] to a former position of subordination.” Lefort ignores that during the TPLF’s time, certain ethnic groups were officially branded as “backward” and unworthy of being represented in the ruling front.

Further, Abiy has not taken any step towards establishing a unitarian state.

The conflict between the TPLF and the central government was not due to ideological differences, as Lefort argues. The TPLF wanted to regain power through rebellion. Even late TPLF co-founder Seyoum Mesfin, recently killed by Ethiopian forces in Tigray, said that the TPLF sought to topple Abiy’s government. It cannot be clearer than that, and the government responded appropriately.

Lefort closes his article by claiming that, “For onlookers on all sides, domestic and external, even among leaders in the Horn of Africa, the specter that now raises its head is of ethnic slaughter at a scale even more terrible than in former Yugoslavia.” He says that people are “pleading tirelessly” for an “inclusive national dialogue” to avert such disaster. But, he says, Abiy has “systematically refused, either because he sincerely believes he is a messiah…or simply out of a thirst for power.”

The TPLF leaders had also threatened that unless they continued ruling Ethiopia, the country would become another Rwanda. But it was under TPLF rule that ethnic differences hardened into institutionalized hatred, so only the downfall of the TPLF will avert the “ethnic slaughter” that Lefort fears.

History will judge Abiy’s role at this critical juncture. To many Ethiopians, his government’s handling of the TPLF has already made him an Ethiopian hero.

Worku is a professor of economics at Dawson College, Montreal, Canada. He did his graduate studies in development economics at McGill University; currently he is doing research on child labour in Ethiopia.