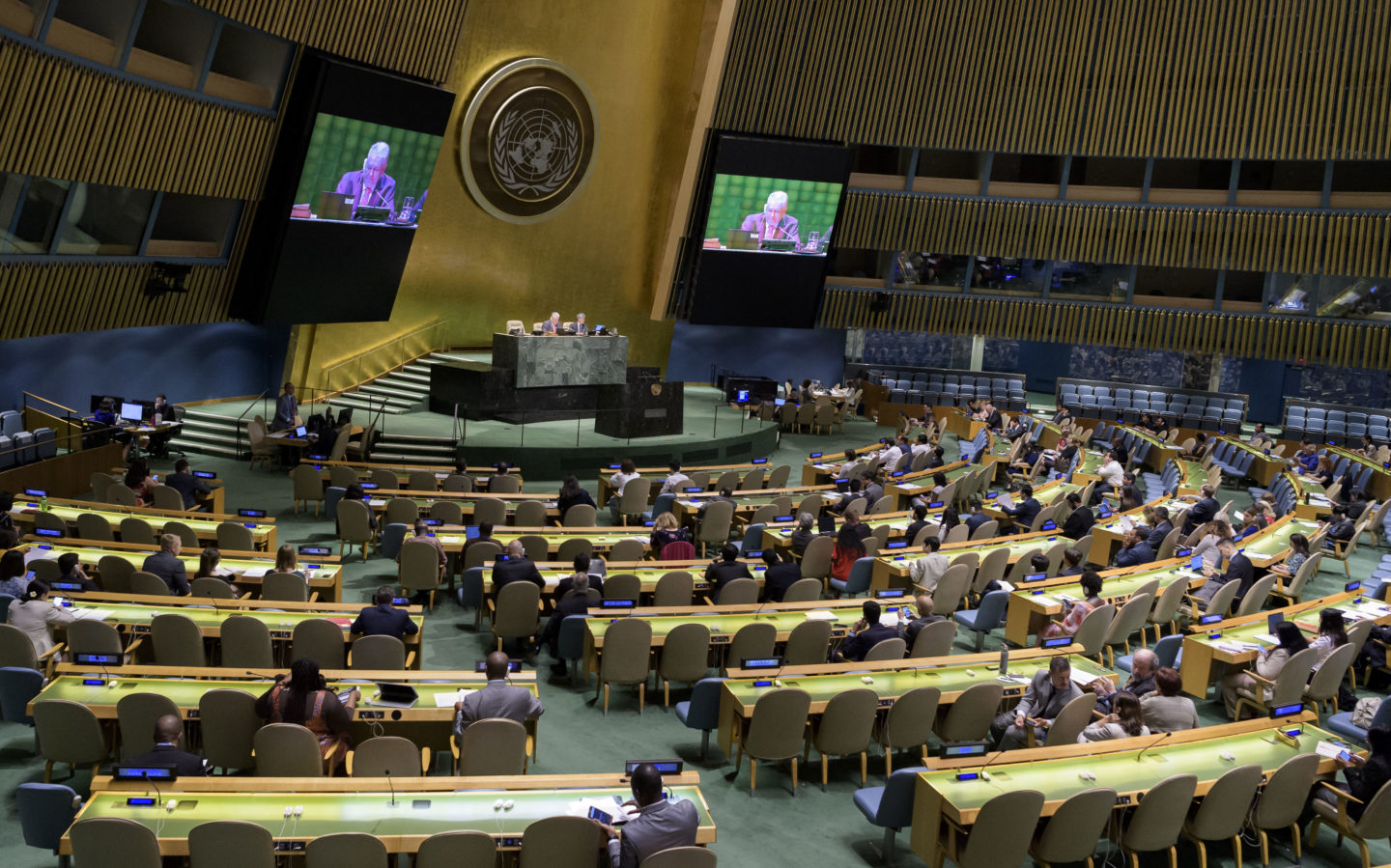 A balance must be struck between shielding civilians and respecting the state.

The civil war in Ethiopia’s northern Tigray region brings into focus tensions between the traditional principle of state sovereignty and the emerging Responsibility to Protect (R2P) norm.

The deterioration of events into war crimes against Tigrayans reveals the limitations of anti-interventionism as an absolute virtue. To mitigate legitimate concerns about state sovereignty and neo-imperialist meddling, external actors must concentrate on humanitarianism and accountability for international crimes.

The evolution of state sovereignty norms

Francis Deng identifies four phases in the evolution of state sovereignty norms. First, the European treaty of Westphalia in 1649 established a system of modern nation-states. Second, the supreme power of the sovereign was challenged after 1945 by emerging human rights norms, such as the Genocide Convention. Third, the 1990s ushered in a post-Cold War phase where United Nations (UN) peace missions were more frequently employed. Fourth, the Responsibility to Protect (R2P) doctrine, adopted in 2005, holds that the interests of individuals are paramount and the sovereignty of states is conditional.

Under R2P, norms of state sovereignty no longer shield states from their responsibility to protect citizens from genocide, ethnic cleansing, war crimes, and crimes against humanity. Wherever a state abdicates that responsibility, the international community is obligated to intervene through various means.

R2P emerged in response to many failures of collective action in the 1990s. Humanitarian intervention was unsuccessful in Somalia, largely absent in Rwanda and Srebrenica, and applied without a UN Security Council mandate in Kosovo.

Proponents of R2P assumed that the failure to enforce human rights norms derives from a failure of law. In reality, as the humanitarian crises in Darfur and Tigray demonstrate, the collective absence of a political will is a much bigger factor.

Opponents of R2P include realists, who are generally more concerned with state security and sovereignty than the emerging principle of human security. While liberals portray global society as a community of states with a common higher purpose, realists see power and self-interest as the prime determinants of international affairs.

The lack of consistency in how R2P is employed is therefore explained by the fact that some states are simply too powerful, or well connected, to be targeted. An alternative conception of this term would focus on popular sovereignty rather than only the sovereignty of states.

Anti-imperialists see R2P as a Trojan horse for Western power interests. Sovereignty was conceived in Europe and then foisted upon African societies during the colonial period, leaving the continent with a set of irrational territorial boundaries that artificially divided communities. Newly independent states were subsequently forced into a struggle against neo-colonialism.

Prime Minister Abiy Ahmed and his supporters often manipulate anti-imperialist arguments to provide cover for the Ethiopian regime’s authoritarian abuses. The fear that the R2P norm will open the door for a pattern of interventionism is nonetheless legitimate. Western powers citing R2P in 2011 to justify NATO’s military intervention in Libya is a case in point.

The extent to which authoritarian states genuinely represent the will of the people must be questioned. Abiy has eliminated most of his opposition, through both the war in Tigray and a mass arrest campaign in Oromia, leading into the country’s delayed election.

Norms of non-intervention protect the rights of states to govern as they see fit and afford no protection to marginalized groups who are peripheral to, or in direct conflict with, the dominant identity group. Incompatible cultural and legal values are a common feature of post-colonial African states. Ethiopia’s civil war entails a struggle to control the central state and is defined by competing claims to sovereignty. Abiy invited Eritrea into the conflict, but evidently has little control over Isaias Afwerki’s troops.

‘Boots on the ground’ options

Options two and three are unpalatable because it is unclear who would intervene military in Ethiopia, to what ends, and whether such an intervention would ameliorate the situation or simply add another layer of complexity to the war. China and Russia, two permanent members of the UN Security Council, are known to veto any initiative that does not come from African states.

In cases of disputed sovereignty, there is an argument to be made in favor of dispatching a UN peace mission against the will of a host state. Under current conditions, however, diplomatic pressure is needed to force Ethiopia into accepting a UN peace mission. The value in UN peacekeepers being present, even with a less robust mandate, is to bear witness, document atrocities, and protect civilians.

This leaves working through the AU as the best avenue for action, at least in theory. The Eastern African Standby Force (EASF), which has been operational since 2009, is well-positioned to intervene. Regrettably, there has so far been no public push by the UN or AU to deploy a peace mission or regional protection force to Tigray and, thankfully, no talk of Libya-style military intervention in Ethiopia.

The regional conflict resolution architecture is threatened by the tripartite alliance formed between the leaders of Ethiopia, Eritrea, and Somalia. Owing to this shifting regional power balance, East Africa’s regional body, the Intergovernmental Authority on Development (IGAD), has become effectively defunct in this capacity.

Beyond directly intervening, the role of external actors in Ethiopia should be to: (1) mediate a ceasefire deal with a view towards organizing a national dialogue, (2) pressure the Ethiopian government to allow unfettered humanitarian access to Tigray, (3) ensure the withdrawal of Eritrean troops from Tigray, and (4) enforce accountability through international law.

Targeted sanctions, such as freezing assets, travel bans, and an arms embargo, are viable means of applying diplomatic pressure to achieve these ends. The Biden administration has placed visa restrictions on Ethiopian officials and is considering halting financing from US loans and international financial institutions.

Secondly, after the region was initially cut off from most humanitarian aid, access has increased somewhat in recent months. At the same time, coordinated starvation crimes are reportedly being committed in Tigray.

Fourth, the United Nations Commission on Human Rights (OHCHR) and Ethiopian Human Rights Commission (EHRC) announced that a probe will be launched into rights violations committed in Tigray. Accountability could ultimately involve launching cases at the International Criminal Court (ICC) or creating a Hybrid Court through the AU, as is proposed for South Sudan but has yet to materialize.

The absence of a coordinated international response thus far to the horrific reports coming out of Tigray has been troubling. In addressing the crisis, a delicate balance must be struck between the legitimate imperatives to respect the sovereignty of African states against neo-imperialist meddling and the responsibility to protect vulnerable populations.

Main photo: A UN General Assembly plenary meeting in 2019 on the Responsibility to Protect; July 2019; UN

Patrick is a senior editor at Ethiopia Insight. He holds a Ph.D. in Political Science and International Development from the University of Guelph, Canada. He spent 18 months conducting research in Ethiopia between 2014 and 2019 on the sidelines of the South Sudan peace process.