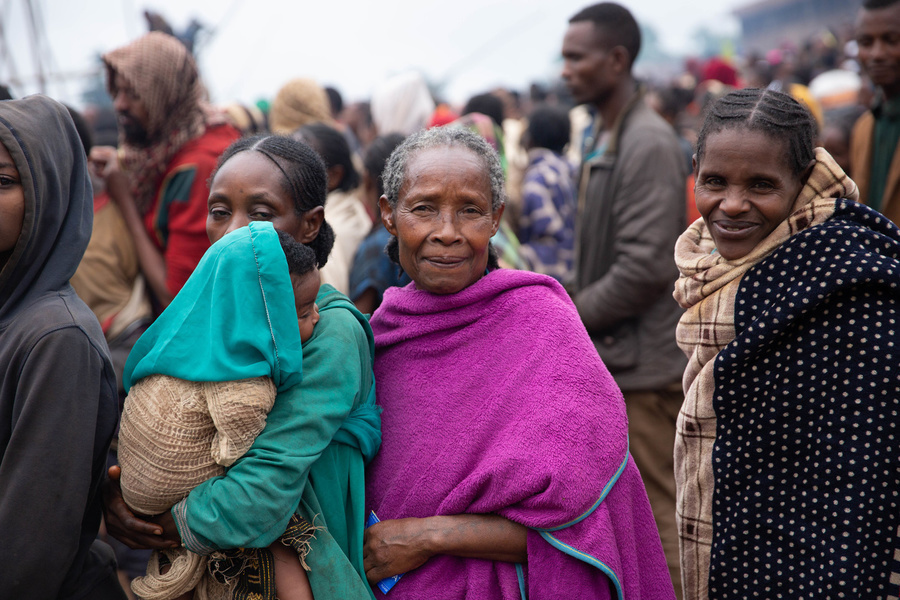 While ethnic conflict is salient in Ethiopia, there are many under-discussed societal divisions that are causing and fueling it.

Ethnic resentments and outright conflict have come to dominate Ethiopian politics and society. These confrontations, which have been part of Ethiopia since time immemorial, have escalated significantly in recent years.

Under these circumstances, the recent uptick in interest among Ethiopians in learning and discussing the nation’s history has rendered the subject controversial. Various groups instrumentalize that history to construct narratives that support their group’s claim of victimhood in order to call for retribution.

Contrary to popular belief, this is not just happening in Ethiopia but pretty much everywhere in the world.

In Ethiopia, identity divisions are mainly based on ethnicity and, to a lesser extent, religion. However, the situation is much more complex, and this complexity has remained obscure by the current obsession over ethnicity. But, it must be addressed, since the complexity is what is masked by and at the heart of ethnicity and ethnic conflicts.

The first among the causes of disagreement is ideological. The current government, in its initial efforts at opening the country through what is now called “structural reform” and by pursuing privatization of various sectors, marked an abrupt shift.

The previous regime had worked alongside Western countries in their more urgent geopolitical battles, in particular in the military intervention in Somalia. They did so, partly, in order to placate the West while resisting total absorption into what is often called the liberal international order.

This was an effective strategy, as the state maintained cohesion and pursued the model of Asian nations such as South Korea and Taiwan to establish a developmental state.

The argument could be made that the recent shift to the right was necessary in order to compete in the current climate, that state intervention hinders private investment, and that the strongest economies in Africa, including Kenya and South Africa, achieved their level of wealth, in part, by adopting neoliberal policies.

And yet few, if any, voters considered economic programs or the underlying Left-Right ideological debates that inform economic policy as they cast their ballots.

Of course, discussions around these topics are currently taking place among experts and decision-makers. They have been supplanted, however, by the ethnic confrontations in many public discussions.

Many people support ethnic-based movements and often believe that they have been absorbed into conflicts by those on the other side whose provocations they are resisting.

The narrative, somehow, is consistent across groups. The sudden interest among the public in discussing Ethiopia’s history is often aimed at justifying one ethnicity’s account over another’s.

Here again, there are clear and obvious parallels with racial and ethnic tensions in other parts of the world.

Typically, the historically dominant group, in the U.S., for instance, finds itself making defensive arguments decrying the historically marginalized group’s obsession with identity, while ignoring their own increasingly active participation in the very same confrontation. It is a luxury to be able to ignore systemic injustice when one is not affected by it—or might even, without knowing, benefit from it.

There are obvious parallels to Ethiopian society as well, but here the discussion shifts to the history of identity conflict.

Meanwhile, the very real impact on political programs created by the shift away from a leftist viewpoint to the absorption into the liberal world order (free-market democracy) has been widely ignored.

On the other hand, the ideological fervor that initiated and guided EPRDF’s ascent to power—’revolutionary democracy’— created a contradiction at the heart of the state, as it attempted to maintain some semblance of its original project within a capitalist economy.

Very few discussions regarding that aspect of the country’s history are taking place.

Beyond the ideological divisions, there is a clear generational rift, which is mirrored in the ideological transformation between those who were raised and lived their adult lives under Emperor Haile Selassie I’s Ethiopia and then under the Derg regime, and those for whom the aftermath of the socialist era represents the only Ethiopia that they have ever truly known.

The older generation is principled, perhaps to a fault. It maintains its fidelity to service and hard work, geared towards the advancement of the nation’s interests. It is exposed both to the West and to the East, and never fully submits to either.

While some from that generation who participated in the student movement of the 60s and 70 and other forms of active participation are deeply devoted to Ethiopian nationalism others committed themselves to a particular ethnic nationalist movement.

What they all, generally, hold in common is devotion to something outside of themselves, which sometimes lends itself to self-righteousness, stubbornness, and naïveté, but rarely to grift or immorality.

The newer generation, perhaps out of a more flexible mindset, a different kind of idealism, or just guided by opportunism and the possibility for self-advancement in a world where material wealth is essential, turned against the previous generation’s principles and began looking to the US  and the West for everything.

This, too, did not happen in isolation. The collapse of the Soviet Eastern Bloc sent many societies hurtling towards Western ideology and values.

This is, still, part of the significance of the recent political and social transformations that are playing out everywhere in the country, including on the battlefield, but that are masked by the ethnic tensions which dominate the popular consciousness.

The irony emerging from the current situation involving civil war and the looming threat of US sanctions is that ideological and economic alignment to foreign powers are at odds.

It is those that preach of prosperity and structural reform, not the side that sought to resist neoliberalism, who are brazenly refusing to kneel to those same Western powers promoting that ideology. So much for economic determinism.

After all, it seems that Ethiopian voters are not the only ones throwing aside ideological concerns.

There is also a major class division that truly defines Ethiopian society.

In spite of the efforts of the 1974 Ethiopian evolution to dismantle landlordism and a feudal class system that was always overt in its exploitation, many of the same landed and educated strata of Ethiopian society remain in positions of power and wealth.

Those advantages are now expressed through various forms such as access to education, positions within bureaucratic institutions, and property.

More than anything else, affluence, influence, and status are a matter of an individual’s birthright, just as it was before 1974. While there are opportunities for social mobility, capitalism recognizes various institutional mechanisms that allow most wealth—despite public idealization of hard work and talent— to be inherited from one generation to another.

The issue is not just privilege, however. As material advantages are handed down from generation to generation, so too are material disadvantages.

Those who remain socially and economically marginalized find little recourse or representation in electoral campaigns centered exclusively on unifying the various ethnic groups into one Ethiopia, while ignoring the vast distances in the experience of the rich and the poor.

Unity and reconciliation between various ethnic groups is necessary, no doubt. However, there is no unified Ethiopia so long as that massive gap persists, regardless of whether ethnic reconciliation ever occurs.

The role that ethnicity plays in masking the fundamental class divisions, even as upwardly mobile communities offer some challenge to the traditional landed classes, is to convince entire populations that ethnic solidarity ought to supersede any kind of class solidarity. Accordingly, the interests of those with power who share one’s ethnolinguistic origin are the same as one’s own and should provide solace for the fact that one has not attained that amount of wealth.

Of course, this too is common in other societies, including America, where people support politicians just based on racial or ethnic identity.

In Ethiopia, there is additional irony in the fact that some of those currently engaged in the most radical fringes of the ethnic struggle used to critique the Ethiopian ruling classes for using ethnicity to divide their subjects.

But that is probably because they once belonged to the previous generation and have now joined forces with the current one, abandoning ideology in favor of ethnicity and participating in the very manipulation they once decried.

There may be one thing dividing society even more deeply than the above-mentioned class division. Everywhere one goes in Africa, one finds the same strange and obvious phenomenon, so strange and obvious that it almost goes unnoticed—the giant rift between the exposure and living conditions in urban and rural areas.

It goes without saying that communities in capital and major cities have more in common with communities in the industrialized world than they do with their own people in rural regions, sometimes living within a few hundred kilometers outside of the city.

As a result, people in some of these urban areas remain unaffected and even bolster their position by supporting conflicts in rural areas that affect people who have little agency or power over their situation.

Urban areas are connected to and often serve as outposts to diaspora and foreign communities in the West. The ethnic confrontations are often backed by those operating in the diaspora, in foreign communities, as well as in these urban outposts whose power to make and implement decisions affecting the rural area commensurate with the lack of accountability and consequence for making those decisions.

The divide between the urban and the rural, the buffer that separates the agent of action from its consequences, and forces those with no agency to bear their brunt overlaps with class divisions, just as the ideological differences overlap with generational differences.

Unless these underlying divisions are addressed, the ethnic clashes will always remain and the rhetoric surrounding ethnicity, which has been torn out of these contexts and exclusively constitutes the platforms of each faction vying for power at the ballot box, will always ring hollow.

Zewde is an Ethiopian who has spent most of his life in the United States and West Africa. He has a background in African history, literature, development, and communications.