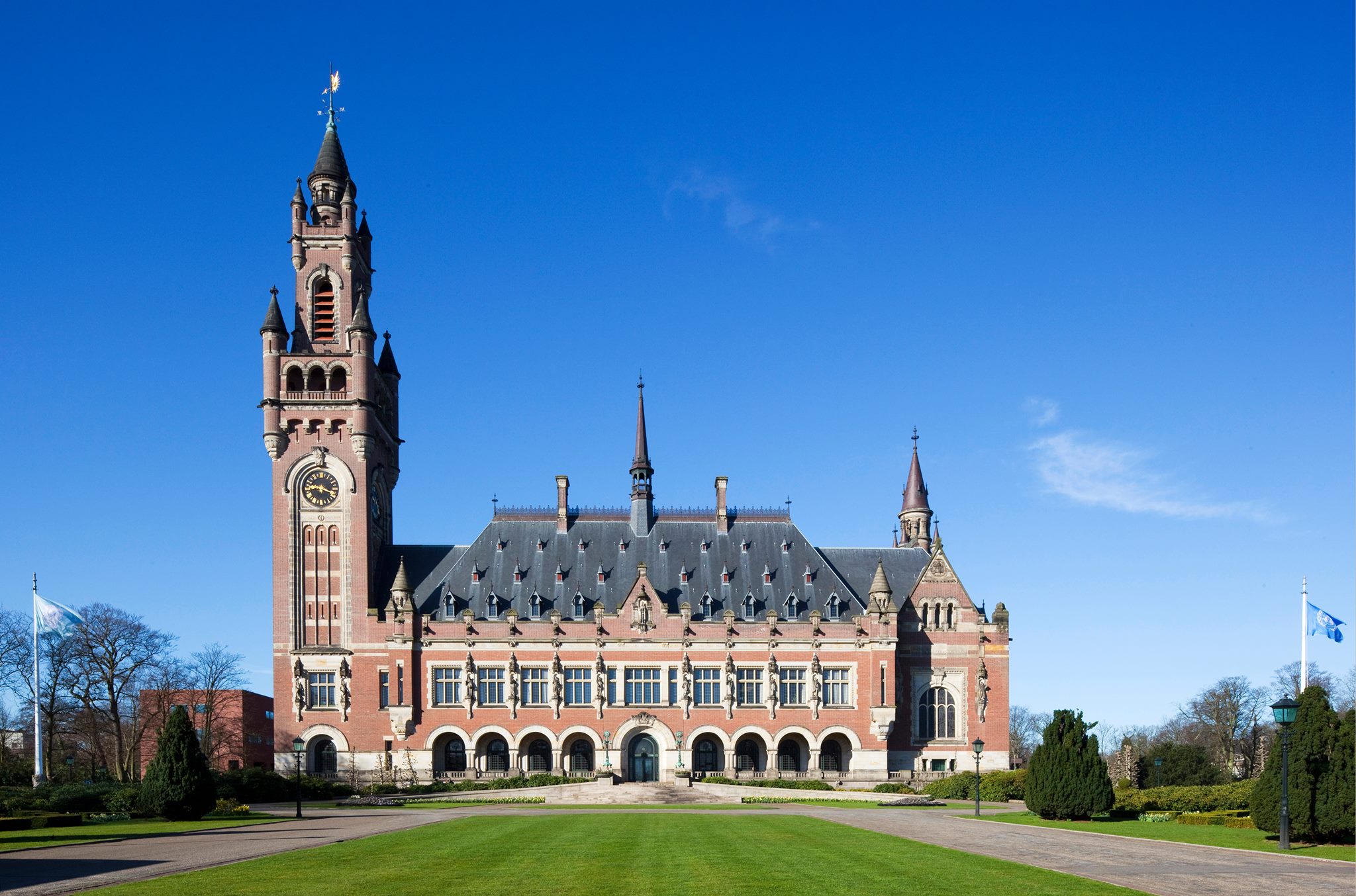 The same zeal for solving entrenched disputes on the battlefield needs to be taken to the legal arena.

The armed conflict that broke out on 3 November 2020 between, primarily, the Ethiopian National Defense Force (ENDF) and the armed forces of the Tigray Regional Government has resulted in an immeasurable loss, injury, and damage to all parties.

Although the ENDF has declared that it has withdrawn from the region, Tigray forces claim that some of their territories are still in the hands of Ethiopian forces (including Amhara regional forces) in the south and Eritrean forces in the north, and have declared their intentions to retake them through the use of military force unless relinquished.

The northern boundary has been delimited by the Eritrea-Ethiopia Boundary Commission established under the Algiers Agreement of December 2000. Since Prime Minister Abiy Ahmed took power in Ethiopia in April 2018, Ethiopia and Eritrea have, after two decades of stalemate, agreed to implement the Boundary Commission’s decisions made on 13 April 2002.

Although the recent Tigray conflict has complicated matters, the Commission’s decisions remain, as far as the two countries are concerned, final and binding.  In that sense, the resolution of Tigray’s northern boundary would not require re-litigation.

Whether Tigray remains a part of Ethiopia or seeks independence, a similar mechanism for the delimitation and demarcation of the boundary between Tigray and the rest of Ethiopia is a necessary first step in ensuring lasting peace in the whole region.

Recognizing that this is still technically a national administrative border issue, the events of the last three years, and more particularly the armed hostility of the last eight months, have undermined the possibility of maintaining Tigray as part of the federation. Although continuing unity is still possible, it is not too early to begin debating the terms of legal separation and post-conflict justice.

Raya: a category error, and a catalog of errors
By Alemayehu Weldemariam

Such debate has the potential of offering a legal solution to Ethiopia’s military problem.

There is now enough incontrovertible evidence in the public domain that shows that neither side can achieve what it desires militarily. The Federal Government has admitted that, despite its maximum efforts, local hostility coupled with unrelating, fragmented, and fierce military resistance made continued occupation unreasonable.

The Tigrayan forces claim that they made the ENDF occupation of Tigray impossible through continuous military engagement and claim to have driven ENDF and Eritrean forces out.  Although the versions differ on who was more militarily astute, uncontested facts establish that neither can achieve its objectives militarily—although neither seems ready to admit that fact, at least in public.

What could be extrapolated from publicly available information is that the Tigrayan forces aspire to take over the territory that they lost to Amhara forces in November in the west and south. Those areas have significant economic and strategic importance to Tigray.

While Tigrayan forces have recently made advances in the south, the west is ferociously defended by ENDF and Amhara forces. It is so not only because of the real and perceived advantages that it would provide to the Tigrayan forces but also because of unsettled competing historic claims to territory and related identity-based grievances. Even if a forcible takeover succeeds, like the one we saw in the south, it would only be temporary. The continued military maintenance of these contested territories by either side is sure to be exceedingly costly and troublesome.

It is now widely recognized that the Ethio-Eritrean war of 1998-2000 was senseless. There will come a time when all recognize that this war was also needless. At least two things could be done to ameliorate the conditions of those affected by it: codifying the cessation of hostilities in a peace agreement and establishing independent international arbitral boundary and claims tribunals.

Neither one of the Commissions that the Algiers Agreement of 2000 established got the kind of credit that it deserved. That is not only because the legal matters that they dealt with were too complex to be widely accessible but also that the results were overridden by political decisions, the wisdom of which is now questioned.

A neutral arbitral boundary tribunal composed of international experts could potentially get to the bottom of all the historic claims to each contested territory in an adversarial legal proceeding. This would allow each side to submit evidence and decide under applicable laws that the parties would identify in a constitutive document.

This might seem premature, and even placing the proverbial cart in front of the horse, as Tigray is still a part of the Federal Democratic Republic of Ethiopia and its destiny unknown. But that concern underappreciates Tigray’s chronic and multi-dimensional problem and how it has gotten to where it is today. Whether it stays within the Federation or declares independence, to avoid the devastation of the pursuit of an impossible permanent military solution, all sides must give a legal solution a chance.

The permanent cessation of hostilities and reestablishment of law and order in the region requires a more comprehensive legal solution than the establishment of a boundary tribunal. The legal solution may include the establishment of an arbitral claims tribunal for the purpose of compensation of the victims of gross violations of rights since 1991, including violations of international humanitarian law during the most recent armed conflict. This expansive temporal jurisdiction is not without precedent. A somewhat analogous example of this temporal scope is the Kenyan Truth, Justice and Reconciliation Commission.

The legal determination of historic rights and rendition of legal remedies for victims would not offer a comprehensive solution without a legal solution to Tigray’s current uncomfortable existence within the Ethiopian state.

It would not be unreasonable to suggest that the architects of the 1994 Ethiopian Constitution knew that the time would come for Tigray’s pursuit of independence from Ethiopia.  They inserted Article 39 against the wishes of a considerable cross-section of the Ethiopian society.  It is clear that the then victorious forces considered it as Plan B.  Unprecedented in its formulation and breadth, and profoundly dreaded by the unity camp, it states that: “Every Nation, Nationality, and People in Ethiopia has an unconditional right to self-determination, including the right to secession.”

Procedurally, here is how it happens under section 4 of Article 39:

The right to self-determination, including secession, of every Nation, Nationality, and People shall come into effect:

(a) When a demand for secession has been approved by a two-thirds majority of the members of the Legislative Council of the Nation, Nationality, or People concerned;

(b) When the Federal Government has organized a referendum which must take place within three years from the time it received the concerned council’s decision for secession;

(c) When the demand for secession is supported by a majority vote in the referendum;

(d) When the Federal Government will have transferred its powers to the Council of the Nation, Nationality or People who has voted to secede; and

(e) When the due division of assets is effected in a manner prescribed by law.

This Constitution is still in force. In a way, it cannot be completely dismissed as the victor’s idiosyncrasy in as much as it is a codification of Ethiopia’s own historic dilemmas that those who study Ethiopia would understand. It was clear to observers even back then that it would be improbable that Article 39 would be peacefully invoked and implemented. Having endured the burden of armed conflict in the last eight months, largely because of the exact same types of identity-based power rivalry that led to the armed resistance that culminated in the drafting of the Constitution in the first place, Ethiopia may now take advantage of this provision to see if Tigray wants to remain a part of Ethiopia.

There is no particular obstacle to organizing the votes and referenda. The process itself would redirect the current rage and zeal to fight from the battlefields to the halls of legislatures and courtrooms.  This will be a long process that could be completed over a period of five to ten years.  Interim arrangements could be agreed to in a legal document.

To summarize, the legal solution proposed here includes at least four components that could be debated and developed further in future writings:

Finally, the success of all of these proposed national and international legal remedies would require careful textual formulation and serious commitment from the parties backed by considerable international assistance.

Main photo: The Permanent Court of Arbitration (PCA) in The Hague which organized the Eritrea-Ethiopia Claims Commission; PCA.