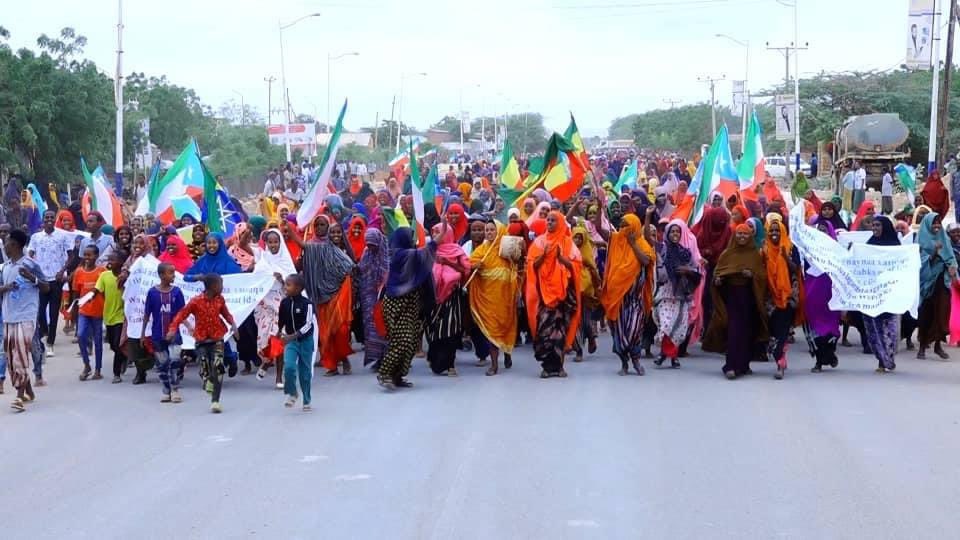 Efforts to resolve the dispute, including the 2014 agreement, have failed, and so new approaches need to be explored.

Successive regimes in Ethiopia and the media have not given much attention to the problems of pastoral communities in the country.

Most of the challenges facing these societies are assumed to derive from intra-pastoral clan conflicts over access to pasture or water. Because they are not seen as contests for power at the center, their hostility is seen to have minimal or no influence on wider national politics.

This misconception has led state actors and civil society organizations to downplay the challenges and political and economic significance of pastoral communities living in peripheral regions.

The frequent violent clashes over disputed land along the border between Afar and Somali regions have long been viewed as a nationally insignificant conflict over natural resources.

But, this is misleading and will not help in mitigating the recurrent conflict between the two communities.

The bone of contention is the administration of three special kebeles in Afar that are predominantly inhabited by ethnic Somalis who wish to be integrated into Sitti Zone of the Somali region and are backed by the Somali region’s authorities. Meanwhile, Afars consider the area an integral part of their region.

The kebeles lie on the southern edge of the Middle Awash. They are Adaytu Kebele in Mille Wereda, Undufo Kebele in Gewane Wereda, and Garba-Issa Kebele (Gedamaytu) in Amibara Wereda.

Historically, the conflict between Somalis and Afars has indeed been mainly over natural resources like grazing lands and water, including the Awash River. The watercourse is exceptionally valuable for pastoralist communities of both regions who rely on it during the dry season.

However, since Djibouti became the primary trade outlet for landlocked Ethiopia—after Eritrea’s independence in 1993—the dispute has taken another twist and become politically charged.

As the main highway and railway between Addis Abeba and Djibouti pass through these border areas, what was once a local rivalry has transformed into a struggle to gain absolute ownership and control of this vital corridor.

Afar’s narrative centers around the notion that these lands were part of their historical pastureland and that Somalis’ northward migration and establishment of permanent settlements is a deliberate strategy to annex the territory.

Somalis’ claims are similarly rooted in history. The three kebeles of Garba-Issa, Undhufo, and Adaytu are emblematic of the bitter religious wars against the Ethiopian Christian Empire.

The first mention of the name “Somali” in Ethiopian history dates back to the 14th century when Emperor Amda Seyon’s cavalry, who had just conquered the Makhzumi Sultanate of Shewa, was met by Adal’s fierce resistance in Wadi, located between Garba-Issa and Gewane.

It is this background that explains why the defiant Adal soldiers have become Somali symbols of resistance. Moreover, this evidence discredits Afar’s narrative of “recent” Somali migration to the area.

Until a century ago, the area was of marginal importance to the rest of Ethiopia.

During Haile Selassie’s imperial era, central administrators generally left pastoralists in the area to manage their own affairs and settle disputes among themselves.

The central government’s intervention was generally limited to disarming groups active in the area.  For instance, in 1963, when a Somali Issa armed group attacked a train and killed a Frenchman, soldiers carried out a massacre in Ayesha, a Somali town near the Djibouti border.

In the 1970s, the Derg regime built a road connecting Ethiopia to Djibouti through Awash, which accentuated tensions in the area.

The formation of regional states along ethno-linguistic lines was adopted in 1995 when the current Ethiopian constitution came into effect.

Nine ethnic-based regions were established, but in some instances the central government did not proceed to formally demarcate borders. The administration’s reorganization can thus be considered incomplete, as it failed to fully address existing problems and generated new ones.

In fact, given that it is hard to rearrange boundaries once they are drawn, parties involved in demarcation negotiations tend to claim as much land as possible. Accordingly, regional states’ demands invariably misinterpret local histories and make allegations about the timeline of different ethnic groups’ migrations, which further fuels polarization.

In this sense, in its current implementation, the federal ethnic arrangement has exacerbated existing local conflicts and put additional pressure on local administrators.

It is no surprise that regional states allocate a large chunk of resources to train and arm local militias and regional special forces. These are then used to fight against rival groups, sustaining violent border confrontations.

Feuds of this type exist throughout the country, from Metekel of Benishangul Gumuz region, whose incorporation into the region is challenged by Amharas, to Wollo, claimed by both Oromo and Amhara, and Western Tigray, which is at the heart of the Tigray war.

The standoff between Afars and Somalis is not the only conflict the two communities are involved in either.

The Somali region has had border disputes with Oromia regional state, which affected over 420 kebeles. In 2004, a referendum was held to address them, but partly because the resulting demarcation has not been implemented in most areas yet, violent clashes continue to periodically take place.

Afars, motivated by nationalistic sentiments, have engaged in clashes outside of Ethiopia. In the early 1990s, the armed group known as Front for the Restoration of Unity and Democracy (FRUD)—with strong support among Ethiopian nationals in the Afar region—waged an armed struggle against Djibouti’s government.

This crisis spilled back into Ethiopia as the Somali Issa in Ethiopia supported Djibouti’s government, which was mainly composed of their kinsmen. The international ramification of the conflict became apparent again as recently as August 2021, when a confrontation between Somalis and Afars in Ethiopia triggered violence in Djibouti.

Such border issues have been inherited by the current administration, which has been unable to facilitate lasting solutions. Sadly, the failure to resolve the Afar-Somali dispute has proved one of the most costly in terms of lost civilian lives.

When Ethiopia was reorganized as a federal state, the Somali region started administering the Somali-inhabited areas of Garba-Issa, Undufo, and Adaytu, while the Afar region took over other majority Afar areas.

Since then, the main demographic shifts have been linked with the pursuit of some economic activities. In particular, Somali Issas, moving freely among their kinsmen throughout the Horn of Africa, have been involved in trade, including contraband activities.

As a consequence, the resident Somali community has grown and many villages have appeared along the main highway, while Afars remained detached and gained no benefits from these activities.

Even so, the three towns remained contested and were getting basic services such as water, education, and health from Shinile Wereda of the Somali regional state.

As a humanitarian worker for the World Food Programme (WFP), I could observe this state of affairs myself while working in the area. The borehole drilled in Adaytu and primary schools and health facilities in the three towns were all run by the Somali region.

In 2014, to diffuse tensions around the longstanding dispute, the then regional presidents of the Afar and Somali regions met in Awash and signed a document recognizing the three kebeles as special kebeles within Afar region.

The arrangement was meant to preserve the rights of residents. Regrettably, its provisions have been ignored by the Afar administration, which regards the delivery of basic public services as encouraging the urbanization and growth of the Somali population in Afar.

The dire reality on the ground and public pressure forced the Somali region to unilaterally withdraw from the 2014 agreement in 2018, which has reignited the discussion around the legitimacy of Afar’s administration of the kebeles.

For a long time, Somali residents have struggled to understand why they have been incorporated as a minority in Afar and are still deprived of their right to a referendum as enshrined in Article 39 of the constitution. Still, for the better part of the last thirty years, the EPRDF`s iron fist prevented any open resistance from emerging.

Recently, the collapse of the authoritarian governing coalition encouraged the uprising of the residents of the Middle Awash. The Somalis living in Garba-Issa, Undhufo, and Adaytu staged a demonstration on 16 January 2019 to voice their demand for the respect of their constitutional rights.

To their dismay, the Afar region resorted to heavy-handed repression which left protesters dead or injured and houses burnt down to ashes.

In an unprecedented show of might, the Afar special police raided some Somali villages, killing several people and leaving scores injured. Furthermore, ‘Doko Hina’, an Afar State-funded youth movement, escalated the conflict by interrupting the traffic along the trade corridor, triggering panic among motorists in Addis Abeba and pushing them to flock to gas stations to stock up on fuel.

An Ogadeni feud and Somali folktale
by Hud B Abdulahi

Conflicts have been recurrent since. As recently as July 2021, the Somali authorities alleged that Afar militia “looted and massacred hundreds of civilians” in Garba-Issa.

Somali special forces and actors of civil society have also resorted to similar tactics. For instance, in 2021, Ahmed Humed, the deputy police commissioner of the Afar region, blamed Somali regional forces for the killing of about 100 civilians, many of them herders.

The political dimension of the issue has become more complex too. High-level political tensions were highlighted in last year’s elections, during which the National Election Board backtracked on its decision to accommodate Somali’s interests in the kebeles.

Moreover, the conflict has recently triggered a political uprising against the Somali regional government, which has been forced to take a tougher stance on the problem, denouncing the killings of Somalis and demanding accountability.

Efforts to peacefully solve the dispute in the past, including the 2014 agreement, have failed, and it is now time to come up with a better approach.

The focus should be on harmonizing traditional and modern conflict resolution mechanisms. Elders from both sides should spearhead the negotiation process. The inclusiveness and ownership of the process will give the outcome legitimacy within both communities.

An Addis Abeba-led process without prior consultation with locals would not be received well, and regional administrations have failed to manage the process on their own.

Still, both the federal and regional governments have a role to play, given that all steps they take are in consultation with local elders.

In all likelihood, the conflict will continue until a binding agreement accepted by both is reached. But, until then, keeping all the communication channels open—especially at the grassroots level—will prevent minor skirmishes from turning into large-scale chaos.

Special forces and militias from the two regions should be removed from the contested area and federal forces should be deployed there to enforce law and order and ensure agreements reached are respected.

Once security is reestablished, all actors should support the return of thousands of displaced people to their residences.

Afar region should accept the residents of the contested areas, who are now under its region as per the 2014 agreement, by providing all the necessary basic services. Extending such brotherly gestures can also strengthen the relationship between the two communities and facilitate reintegration.

Only after deescalating tensions and restoring trust should a referendum be held to decide the fate of the three special kebeles.

Muktar is a disaster prevention specialist, a former humanitarian and development advisor to Somali region's president, and a former UN staff member.