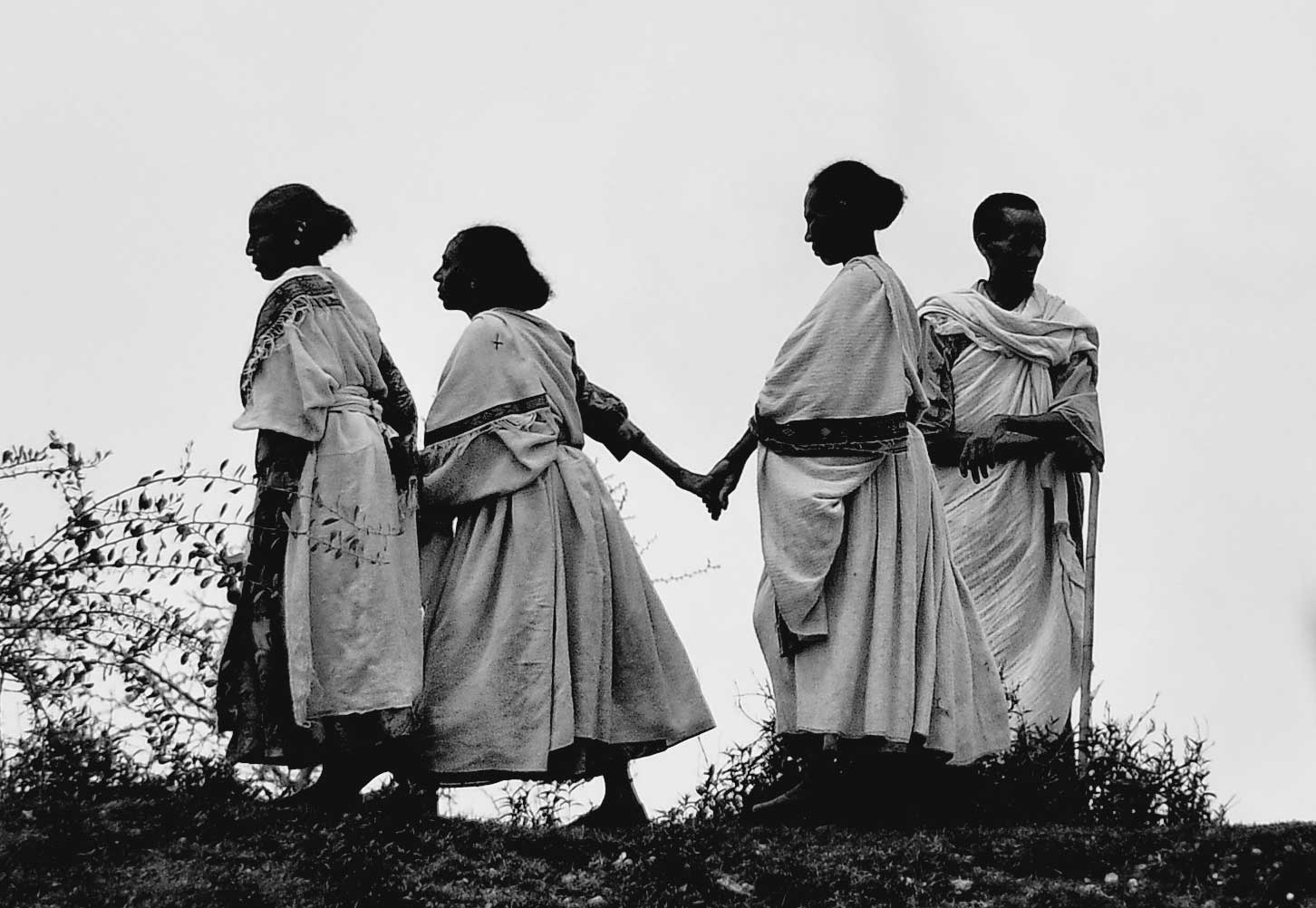 The man who headed Tigray’s electoral commission writes that national, regional, and international actors have failed Tigray, indicating that a new approach is needed.

The war being waged by Isaias Afwerki of Eritrea and Abiy Ahmed of Ethiopia against Tigray—a nation striving for self-determination and struggling to defend its civilization—follows the logic of the “war makes states” doctrine.

The goal that unifies Eritrean, Ethiopianist, and Amhara nationalist elites is the desire to control and partition Tigray’s territory, eliminate the ancient heritage of its civilization, and uproot or eliminate the people of Tigray.

Isaias’ grand strategy is to eliminate Tigray from the map and to redraw the Horn of Africa to fit his ambition of ‘Eritreanizing’ the region. He openly called for a “political cleansing” in Tigray to eliminate the Tigray People’s Liberation Front (TPLF). Ethiopianists and Amhara nationalists who constitute Abiy’s power base intend to undo the multinational federal system adopted by Tigrayan and Oromo elites in 1995 and build a country in their own vision, to regain their ‘glorious past’ of Menelik II’s Ethiopia.

The three visions are mutually antagonistic and are only currently unified by their common enemy, the TPLF, and hatred of Tigray.

Tigray should, in fact, be a unifying force as it is the historical and cultural ancestor of both states, and is geographically situated between the three expansionist forces. However, politically speaking, Tigray is the antithesis to the assimilationist and expansionist nation-building projects put forward by Isaias, Abiy, and Amhara elites.

The genocidal war is thus to control Tigray first and then project their expansionist project in the Horn of Africa. To be successful, this vision requires the eradication of the TPLF—and by extension Tigray, one could argue—from the “map, structure, history, and memory,” as Daniel Kibret, Abiy’s version of Joseph Goebbels, shamelessly stated.

Amid this multi-pronged assault, regional, continental, and international actors have either passively stood by or actively helped Abiy and Isaias to achieve these ends. As this shows, Tigrayans can only rely on themselves to get out of their current predicament.

The war against Tigray has exposed the international community and its institutions, which preach humanity, popular sovereignty, and the Responsibility to Protect (R2P).

In reality, they have enabled Abiy and his allies while they have committed war crimes, crimes against humanity, ethnic cleansing, and, arguably, genocide.

Foreign powers committed a strategic mistake in 2018 when they sought to rehabilitate Isaias and his totalitarian regime by lifting the UN Security Council sanctions in the name of rapprochement and regional stability.

These actions gave Abiy and Isaias the golden opportunity to wage a total war against Tigray and destabilize Ethiopia.

The denial of humanitarian aid has been used as an instrument of the war in Tigray, and foreign states and institutions have failed to uphold their principles in favor of respecting the sovereignty of an authoritarian regime.

Most directly, by gaining drone support from Turkey and other states, foreign powers helped to save Abiy’s regime from collapsing at the hands of Tigray forces at the end of 2021 in the name of strategic partnership and maintaining Ethiopia’s territorial integrity.

Since the formation of modern Ethiopia by Menelik II in the late nineteenth century, successive regimes have warred against Tigray, in an attempt to suppress its autonomy.

There is also a long history of foreign powers disregarding Tigrayans’ genuine struggle for self-determination, as well as that of other nations in Ethiopia.

Most notably, the United Kingdom did its best to save Emperor Haile Selassie I from the first Woyane, by sending in aerial support in 1943 to put down the peasant protests.

The Soviet Union and Cuba also supported the Derg military regime’s seventeen-year war, in a failed attempt to suppress the armed liberation struggles in Tigray and Eritrea.

Both Ethiopian regimes were nevertheless defeated by the freedom fighters that raised the questions of autonomy for Ethiopia’s nations and nationalities.

The superpowers’ support for the monarchical and military regimes stifled attempts to transform Ethiopia into a multinational democracy or to achieve stability.

History is now repeating, as Abiy is waging war against Tigray, and powerful states and multilateral institutions such as the World Bank are tacitly supporting Abiy in the name of regime security, territorial integrity, and regional stability.

What this shows is that geopolitics is still driven by military power and international relations is a state-centric anarchic or ‘Hobbesian’ order, as realist scholars argue.

The Tigrayan struggle has exposed how the mantra of ‘African solutions to African problems’ has failed to prevent recurring atrocities in Africa.

At the war’s outset, the AU unfortunately declared its unwavering support of Abiy. Its commissioner, Moussa Faki Mahamat, claimed that the federal government took “bold steps to preserve the unity, stability, and constitutional order of the country.”

The AU lobbied members of the UN Security Council to prevent them from discussing the Tigray war and passing strong decisions to address the many atrocities. By rehabilitating Isaias and supporting Abiy, the AU has aggravated the crisis in Tigray.

Given the AU mediator Olusegun Obasanjo’s apparent bias in favor of the Ethiopian government, some Tigrayan commentators have rightly called for his resignation.

The outcome of the strategic blunders of the superpowers, regional powers, and the AU are that Tigray has repeatedly been victimized, and the ‘Isaias Afwerki syndrome’ has been allowed to proliferate in the Horn of Africa.

Ethiopia was once an anchor state in the Horn of Africa. Abiy was groomed by those who failed to understand the complexity and fragility of Ethiopian politics.

Under Abiy, Ethiopia’s sovereignty and territorial integrity are compromised more than ever, as its international borders are easily violated by neighboring states, including Eritrea and Sudan, along with insurgent groups such as al-Shabaab.

The Ethiopian National Defense Forces (ENDF), once Africa’s premier peacemaker, has now turned against its own citizens in Tigray and is too weak to fight back against external invaders. It is overstretched and incapable of controlling proliferating insurgencies everywhere in the country except Addis Abeba.

As things falls apart and the center cannot hold, Abiy and Isaias have collaborated to turn Ethiopia into a failed state. Their Tigray-phobic assimilationist and expansionist nation-building projects are doomed to fail at the hands of Tigray’s patriotic war.

The survival of both states is being maintained by their iron-fisted leadership. Tigray’s liberation struggle will continue to worsen the collapse of security, economic, and political institutions in Ethiopia and Eritrea.

As Abiy is building a predatory state and Ethiopia’s national politics has become irrevocably polarized, the international bailouts by the World Bank and military support by foreign powers will only insulate the regime in the short term.

Ultimately, the financial and military bailouts will not avert regime and state collapse. This strategy will only lead to mounting debt, more atrocities in Ethiopia, and regional instability.

Ethiopia and the Horn of Africa are more volatile than ever, while the Tigray crisis may lead to a reconfiguration of both. It also proves that the actions of foreign powers have failed and new mechanisms of intervention are needed.

An internationally observed referendum should be among the core instruments of this revised conflict resolution mechanism. Considering the atrocities perpetrated by Abiy, Isaias, and Amhara elites, the people of Tigray should be given the choice between remaining in Ethiopia or opting for independence via a referendum.

After Operation Alula liberated most of Tigray in June 2021, the region’s agenda has become internationalized and, as such, cannot be reduced to Ethiopia’s internal affairs. Tigray’s struggle for self-defense, autonomy, self-determination, and justice are too complex to be handled by Ethiopia and the AU alone.

Abiy and Isaias’ war against Tigray was waged in the name of state sovereignty, territorial integrity, and non-intervention by foreign powers. Tigray is the new litmus test on such issues, as Eritrea—though invited by Abiy to attack Tigray—has violated Ethiopia’s sovereignty in many ways.

Given how ineffective, or even counterproductive, most foreign actors have been, it appears that only the people of Tigray can solve the region’s many challenges.