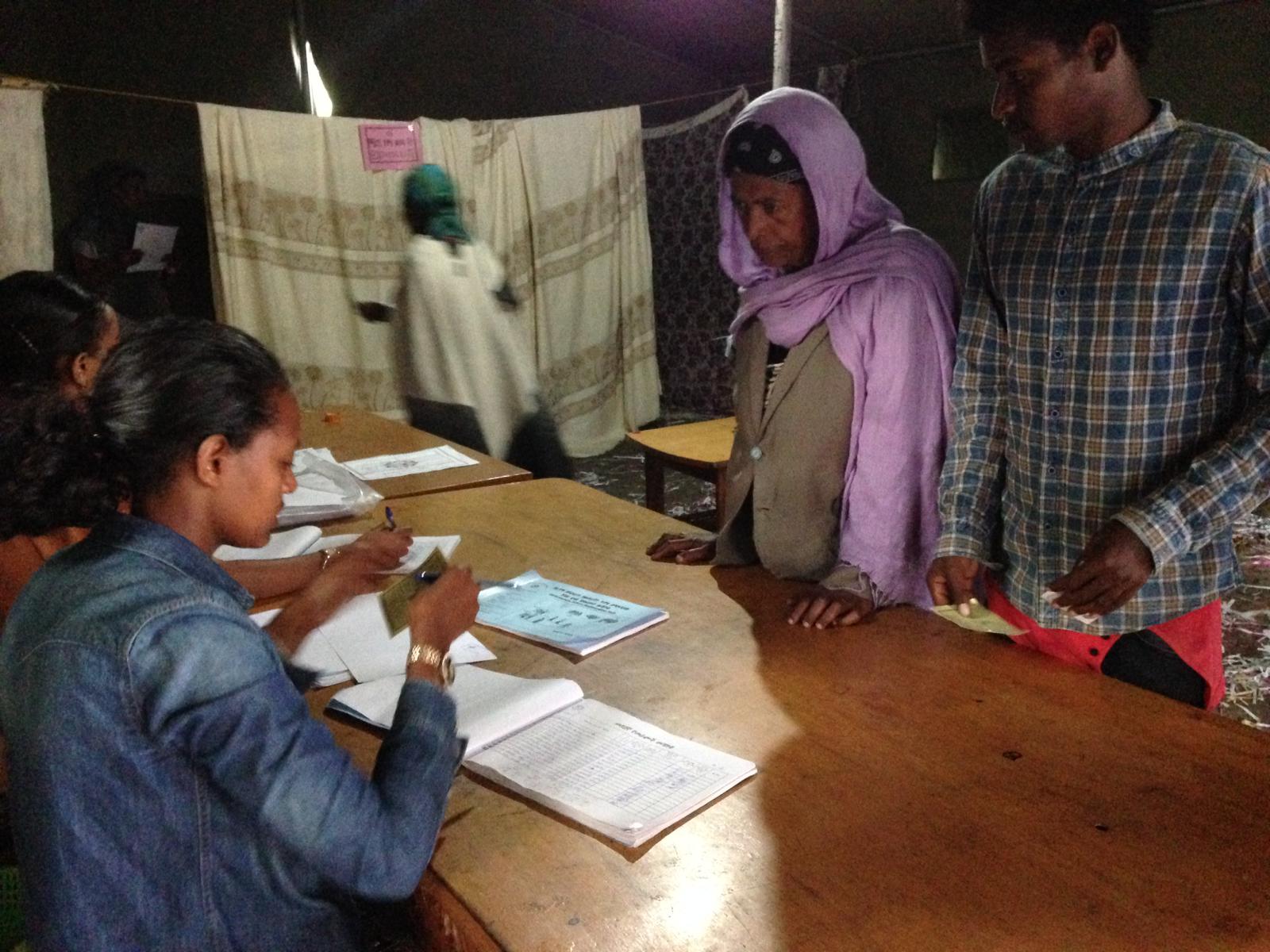 Five months after the people of Sidama Zone voted in a referendum to become a regional state, many Sidama people are anxious about unconstitutional delays in the transfer of power from the Southern Nations region to the new federal state. Furthermore, local Prosperity Party officials are violating with impunity the human rights of Sidama people demanding respect for the vote.

On 30 April and 1 May, the head of security in Sidama Zone and regional special police kidnapped and abused several prominent Sidama scholars, activists and civilians in Hawassa, Dalle and Lokka Abbaayya districts and afforded them no due process. For example, Dr. Adege Alemu was beaten in public by the special police when they arrested him without due cause on 1 May in Hawassa.

There are already over 2,000 Sidama political prisoners in detention across Sidama and Hadiya regions in Ethiopia. The latest mass arrest in Sidama occurs at the time when prisoners in Ethiopia and many countries are being released to save lives amid the coronavirus pandemic.

Those recently imprisoned include:

1) Dr. Adege Alemu: Arrested 1 May. Released without charge 3 May.

6) Mr. Demise Daneil: Prominent activist detained 1 May in Dalle and still in prison.

8) Mr. Asrat Assefa: Detained 1 May and released 3 May without charge.

9) Mr. Habtamu Argiisso: Detained 1 May and still in prison.

The authorities have resorted to harassing Sidama civilians to silence the legitimate grievances of the  people arising from procrastination in formalizing Sidama Regional State.

The illegal detentions of Sidama academics is a worrying sign and should alarm the international community. We strongly advise the Ethiopian government to create the Sidama Regional State. The international community should exert pressure on Prime Minister Abiy Ahmed to respect the constitutional process concerning the Sidama referendum in order to avert more instability.

The Sidama people, the largest group in Southern Nations Nationalities and Peoples’ Regional State (SNNPRS) and the fifth-largest in Ethiopia, have been embroiled in decades-long resistance against the central government over their autonomy quest. This involved peaceful  campaigns as well as armed insurgency depending on the prevailing political environment.

In the early years of the military (Derg) regime (1974-1991), the Sidama people took up arms against the regime for six years (1978-1984) controlling the then three highland districts of Aroressa, Bensa and Arbegona. The Sidama civil war was one of the best kept secrets of the military rule in early 1980s as the military government battled other dee- rooted insurgencies in the north in Eritrea and Tigray provinces and various parts of Oromia. The demise of the Derg in 1991 heralded a new era: a multinational constitution adopted in 1995 guaranteed an unconditional right to self-determination, including secession, to  every nation, nationality, and people.

Notwithstanding those grand constitutional commitments, practical application of the constitution was flawed.  For instance, the Sidama, the fifth-largest ethnolinguistic group, were denied the right to form a regional state while, Harari, one of the smallest in the country, was granted one.  The Sidama expressed their dissatisfaction with this unequitable treatment on various occasions.

On 24 May 2002, an estimated 69 civilians who rallied in favour of self-rule and rejecting the planned change in the status of Hawassa city were massacred in Loqqee, a suburb of Hawassa, by the government security forces.  This year marks the 18th year of the Loqqee massacre.

In 2005, the then Sidama administrative council unanimously endorsed a motion to seek regional statehood. Nonetheless, this decision was reversed unilaterally by the late prime minister, Meles Zenawi. His unlawful interference in the constitutional process derailed not only Sidama’s right to  regional autonomy but also the very principle of multinational federalism. 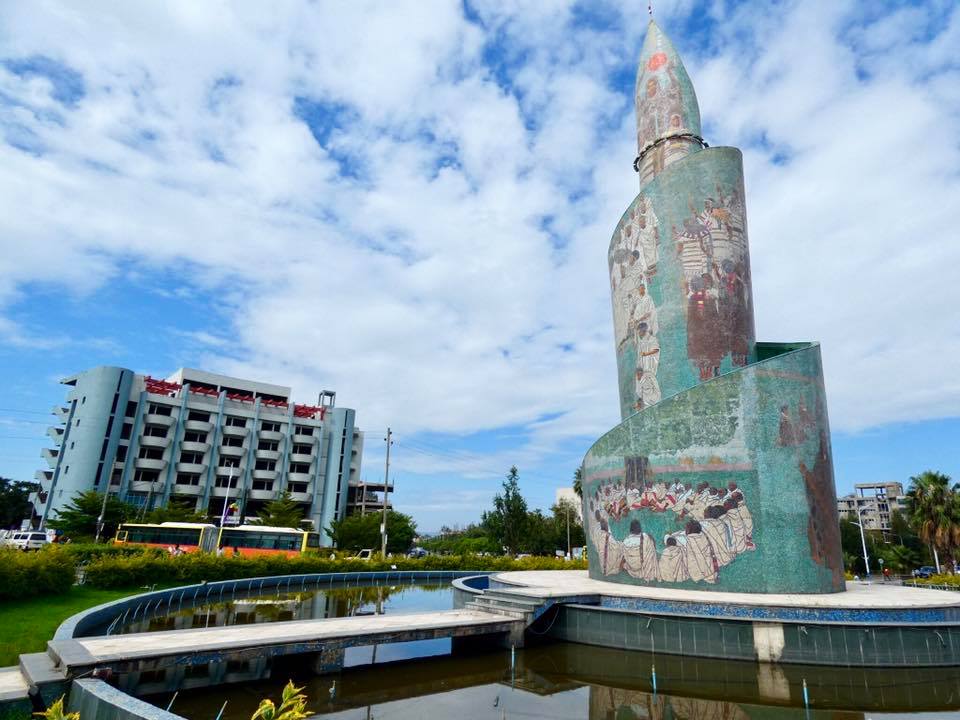 EPRDF overthrew the former regime not because of its military superiority but because the Derg was one of the most loathed governments in the historically oppressed south, which accounts for over 80 percent of the country’s population. Once in power, the EPRDF emulated its deposed predecessor, despite adopting a constitution reversing on paper the core principle of centuries of centralised unitary state.

The 2015-2018 resistance by the Oromo youth movement, Qeerroo, that forced the EPRDF and in particular its die-hard core, the Tigray People’s Liberation Front, was not a spontaneous revolution. It was an eruption of popular resentment against maladministration, systemic marginalisation, impunity, endemic corruption, and economic deprivation.

The Sidama youth movement, Ejjeetto, seized the opportunity to reignite the demand for self-rule in early 2018. The Ejjeetto campaign for regional autonomy was a precursor to the second unanimous decision by the Sidama administrative council on 18 July 2018 to try and form Sidama Regional State in line with the provisions in article 47(2) of the constitution. 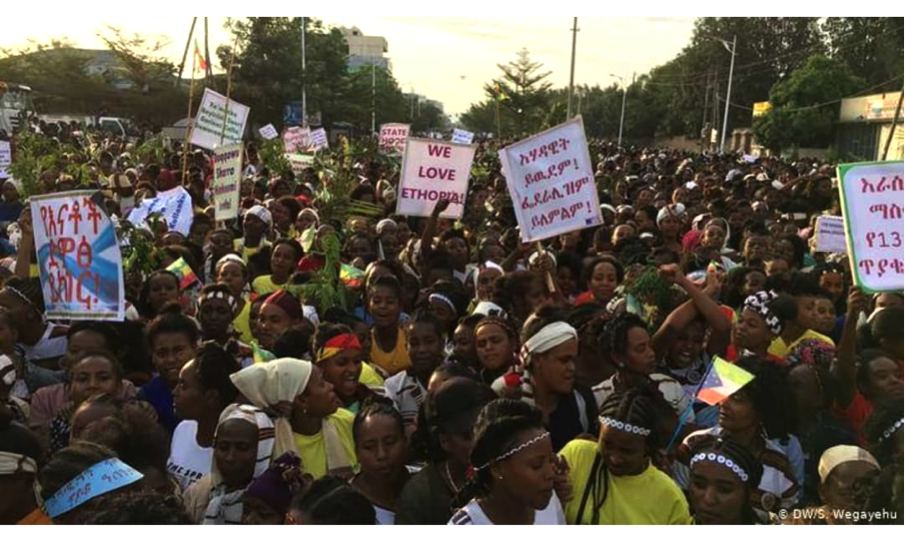 As the 12-month constitutional deadline of 18 July 2019 loomed, anxiety gripped the Sidama nation. The International Crisis Group suggested that the Ethiopian government bargain with the Sidama to agree a new date for the referendum, even if it was beyond the 18 July deadline. The government failed to heed the call. Instead it resorted to violence to quash the constitutional demand. The July 2019 massacre was not only a human tragedy but also a governance failure. Despite the violence, the electoral board bowed to domestic and international pressure and declared 20 November 2019 as the date for the Sidama referendum.

The referendum on regional statehood was conducted on 20 November 2019. Over 2.3 million people voted. Nearly 98 percent of the voters endorsed self-rule, although there were some reported irregularities. However, five months and a half later, a Sidama Regional State has not been formally established due to the failure of the Nobel laureate prime minister to respect the constitutional process and the outcome.

Rather than follow the constitution, the government has claimed there is a lack of clarity about how to transfer power to a new region. Yet there is no ambiguity whatsoever in Article 47 (3) regarding power transfer to a newly formed regional state. The constitution is crystal clear. The State Council of the Southern region should write a letter through the speaker of the regional parliament stating the following: ‘In line with article 47(3) (d) of the constitution and in accordance with the outcome of the November 20 2019 referendum you are hereby notified to proceed to constitute a new Sidama Regional State.’ That is it. Nothing more nothing less. This does not need a constitutional interpretation or clarifying legislation.

The prime minister’s government has violated the basic rights of the Sidama people on three levels:

First, in July 2019 it was responsible for a massacre on Sidama civilians by Federal Police which killed an estimated 153 civilians and jailed over 2,000, many of whom are still imprisoned today.

Second, after the referendum conducted in November 2020 overwhelmingly endorsed regional statehood, the prime minister interfered with the constitutional process to transfer power to the new Sidama Regional State. This has deprived the Sidama people the right to full self-rule and its fruits: good governance and socioeconomic development.

Third, the prime minister imposed an illegal and indefinite state of emergency to quash the constitutional demand in Sidama and across Southern Nations where other groups also have autonomy demands. The state of emergency was used to silence freedom of speech and assembly for nearly one year and it continues to be illegally enforced today.

The persistent violations of human rights in Sidama highlight the government’s failure to uphold the rule of law. The continued arbitrary arrests, detentions, and abuse of prominent activists in Sidama is a sign that the state is unwilling and unprepared to address the legitimate demand of the Sidama people.

The constitution guarantees unconditional right to self-determination including secession for every nation, nationality and people in Ethiopia. Self-rule is a basic political and human right, not a privilege. The selective application of constitutional principles in Ethiopia has caused conflicts for over three decades.

Given the looming constitutional crisis due to the postponement of the 2020 election over the coronavirus pandemic, the current political stalemate in the south could deteriorate into conflicts. To prevent this, the federal government should facilitate an immediate transfer of power to Sidama Regional State.

5 May 2019 Sidama declares state of impatience

The Sidama Human Rights Activists is a voluntary informal group of Sidama scholars at home and abroad. The group collects and collates data on the human rights situation in Sidama and sensitizes governments, civil society, and human rights organizations across Ethiopia and the globe.