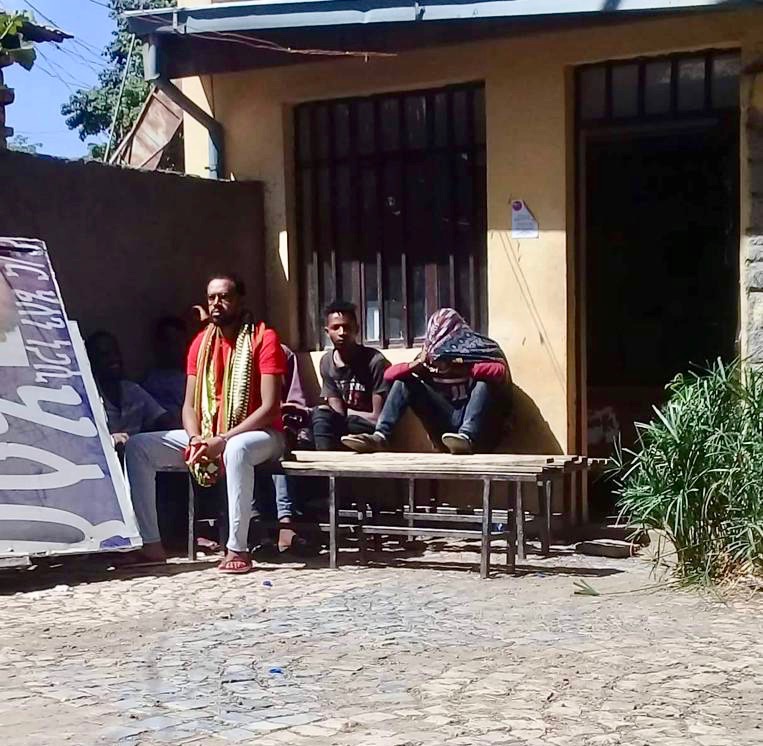 State ownership of land has led to the relocation of hundreds of thousands of Ethiopians in recent decades to make way for investments, profiting foreign and local firms at the expense of farmers.

Some evictees are often no longer able to farm or access education, healthcare, and other basic services in a country where maybe four out of five people still live in rural areas.

Expropriations in places such as Gambella, in Oromia around highly contested Addis Ababa, and the far south, have caused outrage after violent displacements, imprisonments, and beatings.

Now, it’s Tigray’s turn to suffer unrest due to land tensions—which is just the latest of the region’s challenges.

There has been instability after protesters in the Raya area stepped up demands to receive autonomy within Amhara region, adding to Amhara elements’ claims on Wolkait, another district of Tigray. The ruling Tigray People’s Liberation Front (TPLF) lost most federal cabinet positions and control of national intelligence last year. The former spy chief Getachew Assefa, a TPLF politburo member and now advisor to the regional president, is a fugitive from federal authorities after being one of a number of Tigrayan officials charged with corruption and human-rights abuses.

These events combined with harassment and displacement of Tigrayans, blocking of traffic heading through Amhara to the region, and suspicion over the designs of Isaias Afewerki and Abiy Ahmed, had allegedly led to increased public support for the TPLF, but there is also ascendant feisty homegrown opposition.

Tigray has felt the pain of land grabbing for a long time. The outskirts of towns such as Mekele, Shire, Humera, and Maichew have experienced it in the name of ‘development’ that benefits only the few. The recent cause of fury in the Enderta district around Mekele is mostly maladministration and corruption.

Victims have been asking the regional administration to give due compensation for snatched land. But, no one in authority is willing to listen to their grievances. As a result, the youths from Enderta woreda started protesting against Tigray’s government—and have suffered for it.

The movement has mostly been led by youths from public institutions. One of these, Nebiyu Sihul Mikael, an Ethiopia Insight contributor who wrote about Tigrayan solidarity in the face of the current adversity, is a university lecturer at Mekele University and land-rights defender who recently became popular. He is now among those detained.

On social media, he created awareness on how to ask for rights, how to protest land policy, and how to organize a grassroots movement in a district of Mekele called Kuha. In a meeting in early April attended by TPLF politburo member Getachew Reda, Kuha youths demanded officials provide answers.

Had Getachew not been there, they may have challenged the mayor. However, the reassurances of the politician proved successful—at least to buy time. On April 14, the authorities arrested around 60 youths who participated in the meeting, including Nebiyu. Getachew said only five “troublemakers” from the meeting, including Nebiyu, were arrested weeks later for an unrelated incident that he didn’t specify.

Reportedly, they were confronted by authorities when engaged in a street-cleaning campaign. Liya Kassa, a spokesperson for Tigray’s government, didn’t respond to several requests for comment, and there is no clarity on why they were arrested. Some observers said they would have supported the rights campaigners, but the timing was inappropriate because of the ongoing threats to the region, and national instability.

TPLF-led governments have been arresting dissenting citizens for decades. Denial of rights and due process has routinely been used to quash opponents. In an interview given to Voice of America, chairman of opposition party Arena Tigray, Abraha Desta, said he and families were denied access to prisoners. Witnesses said this was because police had assaulted them.

After nine days in custody, the detainees appeared before court without legal support and their cases were adjourned for a month. In another potential violation of due process, that hearing was said to be secret. Police also reportedly assaulted the arrested youths including Nebiyu when it apprehended them in Kuha, and arrests have continued in other parts of Tigray. Their latest court appearance was yesterday when they were denied bail and police were granted more investigation time.

The organization has about 1,500 members, four branch offices across Tigray, and strong diaspora support, according to Mehari. It is focused on holding meetings, which it films, and working at the grassroots to promote democracy, the rule of law, justice, and constitutionalism, he said, but has been blocked and harassed by officials and TPLF cadres.

Rather than debating them the group has been tarred by their opponents as agents of Abiy Ahmed, the Eritrean government, or the CIA. “The different parts of local government are undemocratic. They’re not interested in respecting the basic human rights of people, or even entertaining different ideas, there is no room for debate. The big picture is the party’s antidemocratic behavior and practice,” he said.

Political tensions are also growing, with federal and regional elections set for next year. Opposition figure Michael Tesfay was arrested then released in Tenbien. Michael is a prominent member of Arena in who manages the grassroots movement in Tenbien. Abraha said he will brief on the situation soon and try and initiate charges against TPLF for the wrongful arrest of Arena members.

Land is valuable as it’s a source of shelter and food, but it’s also a source of conflict, and serves as an effective tool for controlling citizens in undemocratic societies. In Ethiopia—still entrenched in Marxist-Leninist ideology—the TPLF conveniently bestowed land ownership rights on the ‘people’; i.e., the government. The policy infringes on property rights, worsens food security, and leads to unsustainable development and environmental degradation.

The three problems associated with land policy in Ethiopia and Tigray are urbanization, evictions, and investment. They are interconnected.

Urbanization is neither participatory nor supportive to residents and farmers. Urban housing encroaches on rural settlements and changes lives, but the non-farm economic sector is not advanced enough to absorb evacuated farmers. This marginalizes communities and forces them to live in poverty amid diminishing natural resources.

Most of the cultivated land in Tigray was redistributed between 1989 and 1991. It occurred when micro-dams were created and farmers were resettled; when people left their village for more than two years or died without legal heirs and the land returned to the local government for distribution; or when infrastructure-development caused land to be taken away.

Although the vast majority of possessions have not changed since 1991, farm households still expect redistribution. It is 20 years since the last time it occurred though, which means something like half to two-thirds of adults today have not benefited. Worse, in the hallowed name of investment and development, the regional government is depriving property owners of not only the land they inherited, or obtained with hard-earned money, but also providing them way below market-value compensation. In some areas of Enderta, the government is providing as little as three birr per square meter, while leasing it for as high as 30,000 birr per sqm. This is a travesty.

There are two types of investment policies in Tigray. The first is to attract investors by providing free land and other inducements. Velocity, a garment factory in Messobo area, and DBL in Kuha are prominent examples of such investments, which have triggered the removal of farmers for allegedly inadequate compensation. The second type is leasing through auction, which has become a major source of regional revenue. Tigray TV said recently that there are 200 investors who have taken land for investment with combined capital of 16 billion birr.

Most of the land seized is fertile. Instead of empowering farmers to invest and boost yields, thereby assisting productivity and food security, government policy is short-termist. Meanwhile, a large number of Tigrayan farmers are recipients of a meager 15 kilograms of wheat a month in food aid under a safety-net program in return for labor.

In such a climate, responsible leaders would do everything at their disposal to modernize agriculture and enhance output. Unfortunately, that hasn’t been the case in Tigray and around its growing cities, Mekelle, Adigrat, Shire Endaslassie, Maichew and Humera.

Land grabbing is causing unemployment, substance abuse, and a rise in crime in overpopulated cities. Sadly, most Tigrayan elites, media channels and officials are so one-eyed that they support the policy despite the agony of farmers and urban dwellers.

The ruling party has used a variety of propaganda methods to repress the dissenting youth, including slandering protestors by calling them “renegades”. High-ranking officials including acting president Debretsion Gebremichael say they are emissaries of outside forces who want to import havoc from other parts of the country. Opposition and human rights activists say the detained youth have not committed any crimes, unless it is an offense to be the voice of oppressed Tigrayan farmers.

Abiy Ahmed has tried to weaken TPLF, including by arresting officials and going after Getachew Assefa. It has not been successful. But the grassroots movement in Raya, Tenbien and Adigrat is becoming a serious threat to the party, and may eventually threaten its power. Now is therefore the time for the TPLF to respond as a responsible government, rather than as an occupying force.

March 24, Raya: a category error, and a catalog of errors

Feb. 22, The Rayan people want an end to rule by Tigray